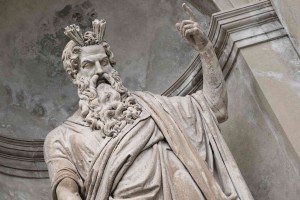 Travel to Greece with us to see the ancient ruins of the Olympic Games!

The Olympic Games are starting again this Friday! So why not familiarize yourself their origin? The Olympics have an extremely rich history that can be traced back through the centuries. Olympia, the site of the ancient games, is nestled in the western part of the Peloponnese Peninsula and was often used as a meeting place for religious worship. Dominated by the temple of Zeus, with the temple of Hera directly parallel to it, it’s no wonder Olympia was the pinnacle of ancient political and religious practices. The Olympic Games of antiquity began in 776 BC as a dedication to the Olympic Gods, specifically the religious festivals of Zeus. Let’s travel back in time this week and explore how the Olympic Games were started and their cultural significance in a world very different from our modern society.

The Rise Of The Olympic Games

The games themselves were a direct outgrowth of the values and beliefs of Greek society. Idealizing physical fitness and mental discipline, the Greeks saw the Olympic Games as the perfect avenue for honoring the gods who highly-regarded these values. The Olympic Games revolved around Zeus. It was Zeus who fought his father, Kronos, for control of the world. Gallantly battling atop a mountain overlooking southwestern Greece, the hulking God fought bravely and was eventually victorious. Upon the ancient setting, which became known as Olympia, religious festivals developed as people from all around the world came to honor Zeus. Eventually, the Olympic Games were held to celebrate Zeus’ great strength and victory through advanced, competitive physical endurance.

Athletic competition became so central to Greek culture, that eventually the Olympic Games became a peaceful influence for warring city-states. For the first 13 Olympic games, the only event was one stadium running. Over the years, however, new sports were added such as the hoplitodrome, a competitive race where runners were required to wear full suits of armor. The pentathlon was another sporting event later incorporated into the games featuring jumping, javelin, sprinting, discus, and wrestling. Eventually, the Olympic Games’ sporting events became so diverse that many architectural structures needed to be built in order to house each event. Only free-born men and boys were allowed to compete in the games, and women were strictly forbidden. At first, the games were only for Greek citizens, but as their popularity spread, they soon began to house athletes from all over the Roman Empire. The Olympics were one of the first methods for bringing people from vastly different cultures and backgrounds together. This spirit of unity continues in our modern Olympic Games today! Book a trip to Greece to tour ancient Olympia and see the enormous, architectural wonders and living legacies of a tradition we’re still ecstatic about today.

Come See The Ancient History For Yourself!

Travel to Greece on one of our travel packages including our 17-day Explorer, 24-day Great Escape, or the 8-day Greek Island Odyssey tour.

Want help booking an intriguing Greek Vacation? Please contact AESU by calling 800-638-7640 or fill out the contact form found on our website. And don’t forget to check out all of our great Travel Tips, especially the Travel Tips for Europe, before you head overseas.

Categories: Blog | Tags: the Olympic Games, Travel Europe, and travel Greece
This entry was posted on Wednesday, August 3rd, 2016 at 11:14 am . You can follow any responses to this entry through the RSS 2.0 feed. Both comments and pings are currently closed.