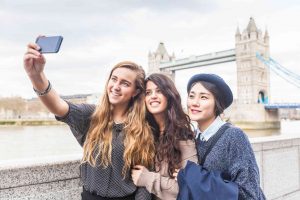 From variations in pronunciation to other ambiguities and complex cases, discover how different British English and American English actually are.

The distinct accent isn’t the only thing that sets British English apart from American English. While the language is essentially the same, both regions have shaped the way it’s used to depict a unique and almost separate dialect. From variations in pronunciation to other ambiguities and complex cases, discover how different British English and American English actually are.

The English language was first introduced to North America during British colonization at the beginning of the 17th century. As American citizens fought to become separate from the monarch, they begin to distance themselves in more way than one. Everything, from English traditions and cuisine, began to change, and the alteration in the language was soon to follow.

Noah Webster believed it was important for America to establish itself as an independent nation, and he sought to assert its revolutionary nature through linguistics. Webster wrote and published the first American spelling, grammar, and reading school books as well as the first American dictionary. The linguist believed that the spelling of certain words should reflect the correct pronunciation, which is why some words are spelled differently in British and American English. For example, aeroplane/airplane, labour/labor, aluminium, aluminum.

As the language continued to evolve, idioms and slang developed differently in English and American English. That’s why certain terms and phrases have a different meaning in America and the UK. For example, an apartment building is known as a “block of flats” in the UK. Additionally, “costumes” in America are referred to as “fancy dress” in the UK. Keep that in mind when you’re invited to a “fancy dress party” while traveling through London — you’ll want to pack your cat ears instead of your ball gown!

Categories: England | Tags: aesu, British English, and Visit England
This entry was posted on Wednesday, August 23rd, 2017 at 3:42 pm . You can follow any responses to this entry through the RSS 2.0 feed. Both comments and pings are currently closed.