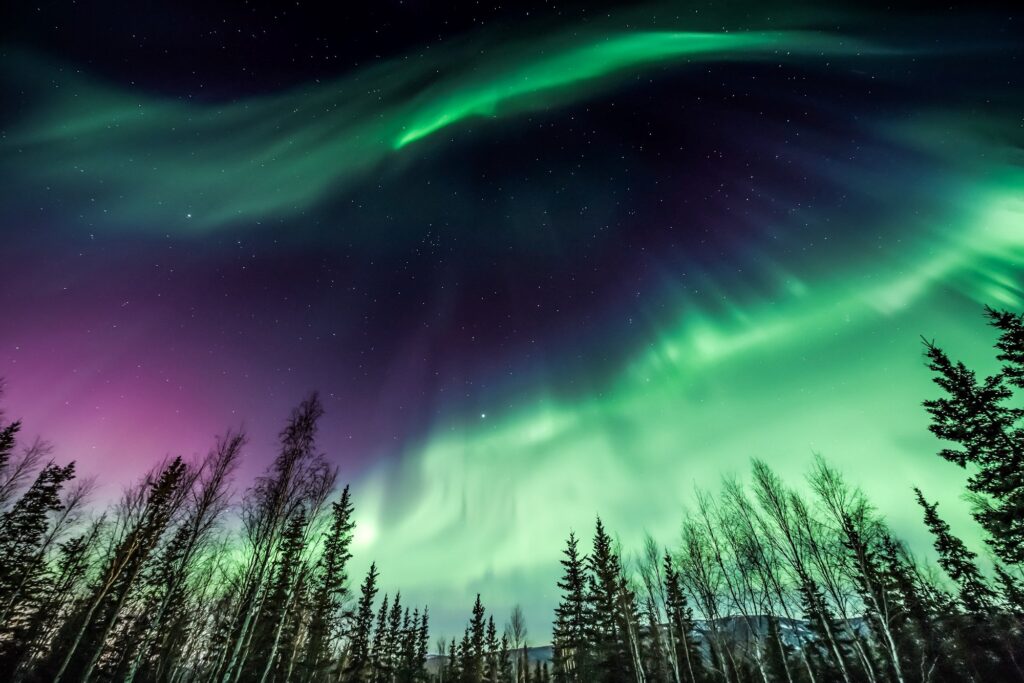 Chasing the Northern Lights can be tough for a beginner, but the photo ops at the end make it totally worth it!

In the winter, one of the best reasons to travel is to find and see the famed Northern Lights in person. This natural phenomenon, also known by the scientific name of Aurora Borealis, is caused by the reaction of the bombardment of particles from the sun with the Earth’s atmosphere. It is particularly common in areas close to the North Pole – and countries such as Iceland, Norway, Sweden, Finland, and more have made their reputation with international travelers partially on the sight of the Northern Lights. But it’s not as simple as just planning a trip to one of those countries and waiting for the Lights to show up. There are things you can do to plan for and further your chances of seeing the Northern Lights clearly. Here are some of the best tips.

Know Where and When to Look

Prime viewing times for the Northern Lights can vary depending on where in the world you decide to base your hunting trip. Norway is generally considered the best place to see the Lights, with an estimate of 70-90% of cloudless evenings featuring the Lights from August to mid-April in places like Tromsö. Many visitors to Iceland make the mistake of chasing the lights just outside the capital of Reykjavík – while the city itself is full of charm, the skies are often cloudy and do not lend to good viewing of the Lights. Find a location a little further from the man-made lights of the city, such as Landmannalaugar or Hveravellir, and you should have better success. Experts recommend a trip to Iceland sometime between mid-September and mid-April and try to plan it around a new moon for better visibility.

Those who chase the Northern Lights know that they can sometimes be fickle. One of the most common mistakes of newbies is giving up after watching for about 20 minutes. The pros will sometimes chase the Lights for up to 2 hours at a time – and once discovered, the show can last as little as 10 minutes, but it could also carry on for the entire night. Modern technology has made it at least a little bit easier to track down the Lights – you can check out several phone apps that are dedicated to it on the official VisitNorway site.

Plan Other Fun Things to Do!

While the Northern Lights are the main draw of an adventure to the north in the dead of winter, your destination offers so much more to be discovered during the daytime too! Iceland’s famed hot springs and beautiful natural wonders are sights in themselves to behold and may compete for space on your camera roll with pictures of the Lights. In Norway, you could also go out to spot a polar bear in Laukvik, or explore the wonderful museums and art galleries in Tromsö. Winter sports are also very popular in all these locations, so hit the slopes or try out bobsledding for the first time! No matter where you end up, there will definitely be fun to be had as you count down to another hunt for the Lights!

Categories: Europe and Iceland | Tags: Aurora Borealis, Northern Lights, and Winter Travel
This entry was posted on Wednesday, November 3rd, 2021 at 10:30 am . You can follow any responses to this entry through the RSS 2.0 feed. Both comments and pings are currently closed.