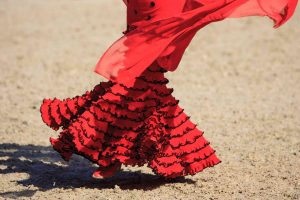 Learn more about the history of Cinco de Mayo with AESU!

Cinco de Mayo, or the “Fifth of May,” is an important Mexican holiday in observance of the Battle of Puebla. However, the holiday is often misconstrued as Mexico’s Independence Day, or simply a reason to enjoy celebratory margaritas. Although it is an often-misunderstood holiday, it is well known, and chances are you have seen Cinco de Mayo festivities in the U.S. that celebrate Mexican traditions. But what does Cinco de Mayo mean to Mexicans, and what is its true historical importance? Discover the history and traditions of Cinco de Mayo with AESU!

May 5th marks the anniversary of the Battle of Puebla, during which Mexico defeated the French army in 1862.  While it was far from Mexico’s first conflict with the French colonial forces, the French army was much larger than Mexico’s, making their victory truly miraculous. For this reason, the holiday is still celebrated in Puebla today.

Unfortunately, many people mistake Cinco de Mayo to represent Mexico’s Independence Day. In reality, Independence Day in Mexico is September 16th and involves its own deeply meaningful celebrations across the country. On September 16th, Mexico celebrates Father Miguel Hidalgo, who called on the people of the town of Dolores to take up arms and overthrow the Spanish Army. Cinco de Mayo, however, is not as widely celebrated across the nation.

Cinco de Mayo is a big deal in Puebla, where the original battle took place, but it is actually not as widely celebrated in Mexico as you might expect. In fact, the biggest Cinco de Mayo celebration around interestingly enough takes place in Los Angeles, California, and the holiday tends to be more widely celebrated in the U.S. than in Mexico. Los Angeles and Puebla are both big draws for travelers due to their Cinco de Mayo celebrations.

In Puebla, as well as in US cities with large Mexican-American communities, Cinco de Mayo celebrations involve parades, dancing, and festivals. Celebrations mainly emphasize mariachi music, dancing, and plenty of Mexican food. In many U.S. schools, children learn lessons about Mexican history and cuisine, while celebrating with homemade decorations and simple Mexican-style snack foods. Even in cities across the U.S. that don’t host a parade, many restaurants observe Cinco de Mayo with live music and lots of food.

Categories: South America | Tags: Cinco de Mayo
This entry was posted on Wednesday, May 1st, 2019 at 10:58 am . You can follow any responses to this entry through the RSS 2.0 feed. You can leave a response, or trackback from your own site.