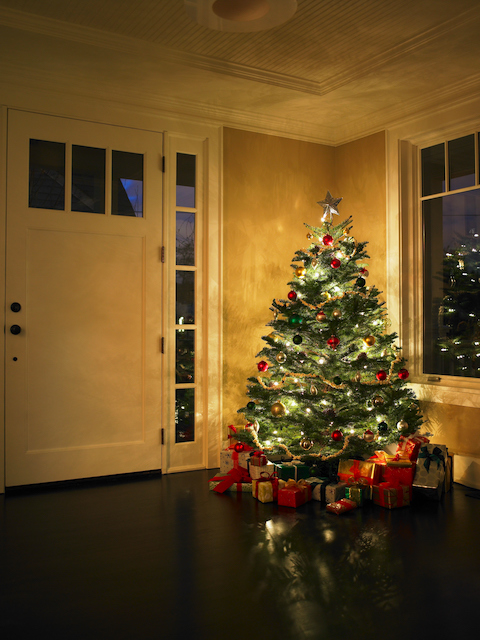 The Christmas tree is arguably the most well-known symbol of Christmas around the world.

The Christmas tree is arguably the most well-known symbol of Christmas around the world. Families everywhere choose their tree, whether it is freshly cut or made in a factory, decorate it with lights and ornaments, and gather around during the holiday season to celebrate. But why do we even celebrate with trees in the first place? The history of the Christmas tree spans back millennia, before Christmas was ever first celebrated!

Long before the development of the Christian religion, the people of ancient times held trees in high regard. Much as today, greenery during the cold winters was prized and held special meaning. In Egypt, and later in Rome, people would hang evergreen boughs over their doors and windows during the winter – it was believed that this would keep away ghosts, illness, evil spirits, and witches. Moreover, greenery helped remind the people that the spring would be back before they knew it. We know that the Winter Solstice comes only a few days before Christmas each year. The pagans celebrated the Solstice – it was the longest night of the year, but it meant that spring would be back soon.

It isn’t until much later after the founding of Christianity that we begin to see the usage of evergreen trees to celebrate Christmas. Historians credit the people of the Germanic kingdoms with the start of this practice in the 16th century. People began bringing evergreen trees into their homes to celebrate the season. It is also widely believed that Martin Luther, the founder of the Reformation, was the first to add lighted candles to a tree – leading to our modern tradition of adding electric lights.

To America and the Wider World

Up until mid-1800s, Christmas trees were still strictly a German tradition, and even in America you would never see them unless you walked into the home of a German immigrant. But in 1846, Queen Victoria of England, who was married to a German noble, Albert, was sketched standing around a Christmas tree with the royal family in a London news tabloid. Victoria and the royal family’s immense popularity is credited with popularizing the wider usage of the Christmas tree. And this was not just true of British society, but also with the high-class society of the American East Coast. By the 1890’s, Christmas tree ornaments were being imported in large quantities to America from Germany and the tree was becoming more common amongst families of all nationalities. By 1931, with the placement of the first Christmas tree in Rockefeller Center in New York, Christmas trees were ubiquitous in the English and German speaking worlds, and they would continue to rise in popularity around the world to this day.

Categories: AESU World Travel | Tags: christmas, Christmas tree, and trees
This entry was posted on Wednesday, December 21st, 2022 at 11:51 am . You can follow any responses to this entry through the RSS 2.0 feed. Both comments and pings are currently closed.