Milan is the second biggest city in Italy, behind Rome. It is considered one of the top influential cities in the world of fashion. Each year, more than 2 million visitors explore Milan. There are many great things to do and see in Milan, more than just shopping! 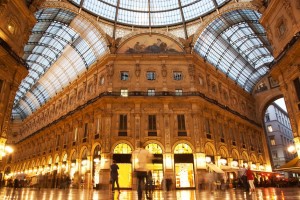 Basilica Cattedrale Metropolitana di Santa Maria Nascente, also known as Duomo di Milano, is the 5th largest cathedral in the world. It took over 550 years to complete the infamous Gothic cathedral. Construction began in 1386 and was finally completed in 1965. One hundred and thirty-five gargoyles adorn the cathedral. They are more than just an ornament since they double as drainpipes. You can climb to the roof of the church where you can get a much better look at the incredible details that went in to building this magnificent church. When visiting Milan, it is one spot you shouldn’t miss! 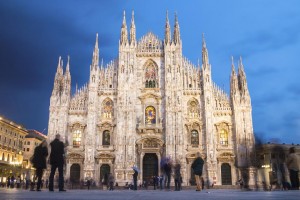 Another site not to miss while visiting Milan is Santa Maria delle Grazie. Here you will find Leonardo da Vinci’s legendary ‘Last Supper’. During WWII, the church was hit by bombs from both British and US planes. Luckily, the painting was saved by preventative measure that had been taken. The Last Supper is not a true fresco. Leonardo da Vinci decided that he wanted this painting to be brighter than his other works so he painted on drywall. His decision to do this has created many problems when it comes to restoring his work. Very little of the original painting remains today due to various factors and from restorations over the years.

There is so much more to Milan than fashion, when you visit you will see this for yourself!

Other exciting destinations in Italy we travel:

Our 2014 trip dates have been posted. Take a friend and both of you get $100 off certain AESU tours! Take a look at our deals page to see what other great offers we have! So, what are you waiting for? The trip of a lifetime awaits you.

Categories: Blog, Europe, and Italy
This entry was posted on Thursday, March 13th, 2014 at 5:43 pm . You can follow any responses to this entry through the RSS 2.0 feed. Both comments and pings are currently closed.