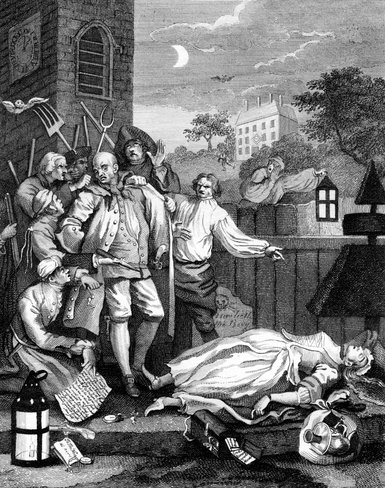 Considering how famous Jack the Ripper is, we know surprisingly little about him (or her). But the serial killer’s popularity persists today.

Each October AESU likes to explore the strange sides of well-known, destination cities. Last week, we kicked off our Halloween blog miniseries with Prague. This week we are going to explore the Whitechapel District of London.

The History of Jack the Ripper

The Whitechapel District of London was a scary place to be in the fall of 1888. Between August and November, five women were killed in the impoverished, immigrant community. The murder seemingly named himself with a series of letters that were sent to the press. The authenticity of these letters is now doubted but, either way, they created the terrifying moniker ‘Jack the Ripper.’

People debate how many murders should be attributed to Jack. The first murder, of Mary Ann Nicholls, took place on August 31st. Annie Chapman was killed on September 8th. Elizabeth Stride and Catherine Eddoweson were murdered September 30th and Mary Jane Kelly on November 9th. These are often referred to as the ‘canonical five’ Ripper murders but some ‘ripperologists’ believe that he committed even more murders. All of the canonical five were working as prostitutes and although violence towards prostitutes was common in the 19th century, the gruesome nature of their murders connected them all to the same serial killer.

Considering how famous Jack the Ripper is, we know surprisingly little about him (or her). There are over 100 theories on who Jack the Ripper actually was. Most theories center on how the murderer had some surgical knowledge and was in the upper class. Some of the theories are quite far-fetched but interesting, nonetheless. Alice in Wonderland author, Lewis Carrol, has been implicated as a possibility and some even think that the royal prince Albert Victor could have been Jack. Many ripperologists believe Montague John Druitt was the serial killer. He was a doctor and disappeared around the time of the final murder. James Maybrick is another possible suspect. Maybrick confessed to the murders in his diary. But the diary was found after Maybrick’s death and many believe it was a hoax. Others think that Jack could have been a Jill. Some believe that a midwife who had been scorned by her husband committed the murders.

Because there is so little evidence surrounding the murder cases, we will probably never know Jack the Ripper’s true identity. But the serial killer’s persona persists today, inspiring pop culture, capturing the imagination of ripperologists, and generating fear with only a name.

Are you a budding ripperologist? The Jack the Ripper Museum is a great place to spend a spooky afternoon in London. Or you can join a walking tour in London’s East End and learn about the history of the area as well as the murders that happened there in 1888.

Want to Explore the Spooky Side of London?

AESU offers unique, exciting travel programs for college students and young professionals at affordable rates. AESU offers several trips to England, including Cosmopolitan, Explorer, Euro Focus, Great Escape, and Euro Spree. Each trip is action-packed and informal – designed for people your own age. We are also able to design custom tours just for your group.

If you have any questions or want help booking a spooky, fun-filled, and, perhaps most importantly, affordable trip to London, please contact AESU by calling 800-638-7640 or fill out the contact form found on our website.

Categories: Blog and England | Tags: Jack the Ripper, London, and Whitechapel District
This entry was posted on Thursday, October 8th, 2015 at 2:46 pm . You can follow any responses to this entry through the RSS 2.0 feed. Both comments and pings are currently closed.