When traveling to Bavaria in southern Germany, you want to indulge in the best sights and as many captivating towns as possible. ! From charming Würzburg, through rustic Rothenburg ob der Tauber, and all the way to Füssen at the bottom of the Alps, anything you could ever want from Bavaria can be seen on this scenic route. 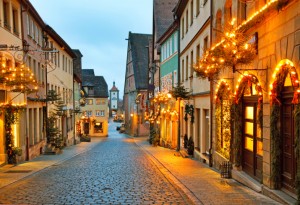 The charming medieval town of Rothenburg ob der Tauber, situated along the Romantic Road in Germany.

Origins of the Romantic Road

The Romantic Road is roughly based on remnants of an ancient Roman trade route. It’s 255 miles of beautiful sights, including rolling hills, medieval towns, and historic castles. Known as the ‘Romantische Strasse’ in Germany, signs along the road let you know you’re on your way to some of the most breathtaking experiences Bavaria has to offer.

Some of the top places to explore on the Romantic Road are:

Many festivals and celebrations occur year-round in this fascinating town, with an abundance of museums, churches and other historic buildings to explore. In fact, Walt Disney’s “Pinnochio” was inspired by this charming, medieval gem. As one of Germany’s oldest and most historically rich towns, it’s a must see when traveling the Romantic Road.

Travel to Germany and explore the Romantic Road!

Categories: Blog and Germany | Tags: germany, romantic road, and Rothenburg
This entry was posted on Thursday, January 14th, 2016 at 4:00 pm . You can follow any responses to this entry through the RSS 2.0 feed. Both comments and pings are currently closed.