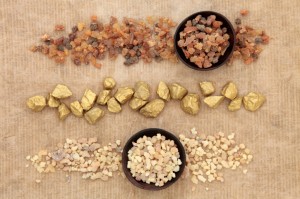 The Origins of Three Kings Day

According to legends within the Christian religion, the three kings were Caspar, Melchior, and Balthasar. They travelled to Bethlehem by following the bright star which led them to baby Jesus. They began their journey on Christmas, the day Jesus was said to be born, and would have arrived in Bethlehem around January 6th.

You may be familiar with the three gifts given to baby Jesus by the three kings in the story; gold, frankincense, and myrrh. These are popular symbols of the holiday, which is celebrated by various countries and cultures—even some here in the US. For this reason, it’s also referred to as the Epiphany.

Celebrations on Three Kings Day include the Feast of the Epiphany, and it is a widely-celebrated holiday in many Hispanic countries such as Spain and many Latin American countries. It’s also still largely celebrated in Austria and Bavaria. In these countries, families will hang the letters “C” “M” and “B” above their doors. Some say it stands for the three names of the three kings, although the church says it stands for “Christus Mansionem Benedictat,” which means ‘Christ bless this home’.

So remember, when you see malls and other stores celebrating the twelve days of Christmas, it doesn’t truly begin until Christmas, and according to legend, ends on Three Kings Day.

If you have any questions or want help booking your Europe adventure, please contact AESU by calling 800-638-7640, or fill out the contact form found on our website.

Categories: Blog and Travel Tips | Tags: christmas and three kings day
This entry was posted on Thursday, January 7th, 2016 at 4:00 pm . You can follow any responses to this entry through the RSS 2.0 feed. Both comments and pings are currently closed.