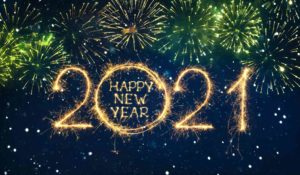 As we celebrate this New Year’s Eve, why not impress your friends and loved ones with a little knowledge of the origins (and lyrics!) of Auld Lang Syne!

Every New Year’s Eve once the ball has dropped in Times Square, we take part in a tradition that many of us know hardly anything about! The singing of Auld Lang Syne marks the end of another year and the beginning of a brand new one. But what exactly does “Auld Lang Syne” mean? And how did it turn into a traditional New Year’s tune sung not just in English-speaking nations, but around the world? As we reflect upon the past year and look forward to the new one, let’s take a closer look at the history of Auld Lang Syne and how it became associated with New Year’s Eve festivities!

Many attribute the lyrics of the song to Robert Burns, perhaps the most famous and most celebrated poet in Scottish history. However, Burns himself admitted that he did not write the poem – he had simply been the first one to write down a traditional folk tune, saying, “I took it down from an old man.” While we can’t be sure how much creative license Burns took with the transcription, we do know that the seed of the song originated from traditional folk tunes sung throughout Scotland which were still being sung during the late 1700s. In 1793, Burns contributed the song to a book of old Scottish songs being compiled by James Johnson, commenting “The following song, an old song, of the olden times, and which has never been in print, nor even in manuscript until I took it down from an old man.” By the time Johnson had published his book 3 years later, Burns had passed away, but his association with the tune would live on to this day.

The words and music of Auld Lang Syne have evolved over the years. The best translation of the Scottish words is “for the sake of old times” and the lyrics evoke feelings of memory and nostalgia. The traditional melody of the song is rarely heard nowadays and is more folkish – the version we’re familiar with dates to 1929. During a New Year’s Eve broadcast at the Roosevelt Hotel in New York, big bandleader Guy Lombardo directed his band through a version of Auld Lang Syne as transitional music. This was played just after midnight, and since his band’s performance was being broadcast by radio to homes throughout the country, it inadvertently became a tradition throughout the country.

Today, Auld Lang Syne is heard and beloved throughout the world. While you’ll mainly hear it on New Year’s Eve, in some places you may catch the tune during everyday life. In Japan, the tune is known as Hotaru no Hikari, or “The Light of the Fireflies”, and while the sentiments expressed in the Japanese version are similar to those in the original Scottish lyrics, you’ll hear supermarkets and department stores throughout the country play this song to indicate that it is almost closing time, no matter what time of the year it is!

Learn to Sing the Song This Year!

And surely ye’ll be your pint-stowp!
And surely I’ll be mine!
And we’ll tak a cup o’ kindness yet,
For auld lang syne.

We twa hae run about the braes
And pu’d the gowans fine;
But we’ve wander’d mony a weary foot
Sin auld lang syne.

We twa hae paidl’d i’ the burn,
Frae mornin’ sun till dine;
But seas between us braid hae roar’d
Sin auld lang syne.

And there’s a hand, my trusty fiere!
And gie’s a hand o’ thine!
And we’ll tak a right guid willy waught,
For auld lang syne.

We two have run about the hills
And pulled the daisies fine;
But we’ve wandered manys the weary foot
Since long, long ago.

We two have paddled in the stream,
From morning sun till dine;
But seas between us broad have roared
Since long, long ago.

And there’s a hand, my trusty friend!
And give us a hand of yours!
And we’ll take a deep draught of good-will
For long, long ago.

Categories: Blog | Tags: auld lang syne, new years, new york city, and Scotland
This entry was posted on Wednesday, December 30th, 2020 at 10:31 am . You can follow any responses to this entry through the RSS 2.0 feed. Both comments and pings are currently closed.