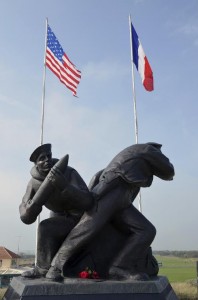 Several weeks ago, we explored multiple World War I landmarks in conjunction with the 100th anniversary of the start of the war. Well, guess what? September 1st marks the 75th anniversary of the German invasion of Poland, which is widely recognized as the official start of World War II. Britain and France declared war on Germany two days later. When all was said and done, roughly 75 million people died during WWII: 20 million military and 40 million civilians.

There has never been a better time to book one of AESU’s Discount European Vacations and explore various WWII landmarks.

These are just a few of the many important moments in French history during the Second World War.

AESU, the most trusted name in travel, offers unique, exciting travel programs for college students and young professionals at affordable rates. Each trip is action-packed and informal—designed just for people your own age. We are also able to design custom tours just for your group. All you need is a group of 15 or more and we’ll be more than happy to customize a tour to your specifications and interests, like maybe WWII.

Categories: Blog, Europe, and France | Tags: Discount European Vacations, paris, and WWII
This entry was posted on Thursday, August 28th, 2014 at 12:13 pm . You can follow any responses to this entry through the RSS 2.0 feed. Both comments and pings are currently closed.