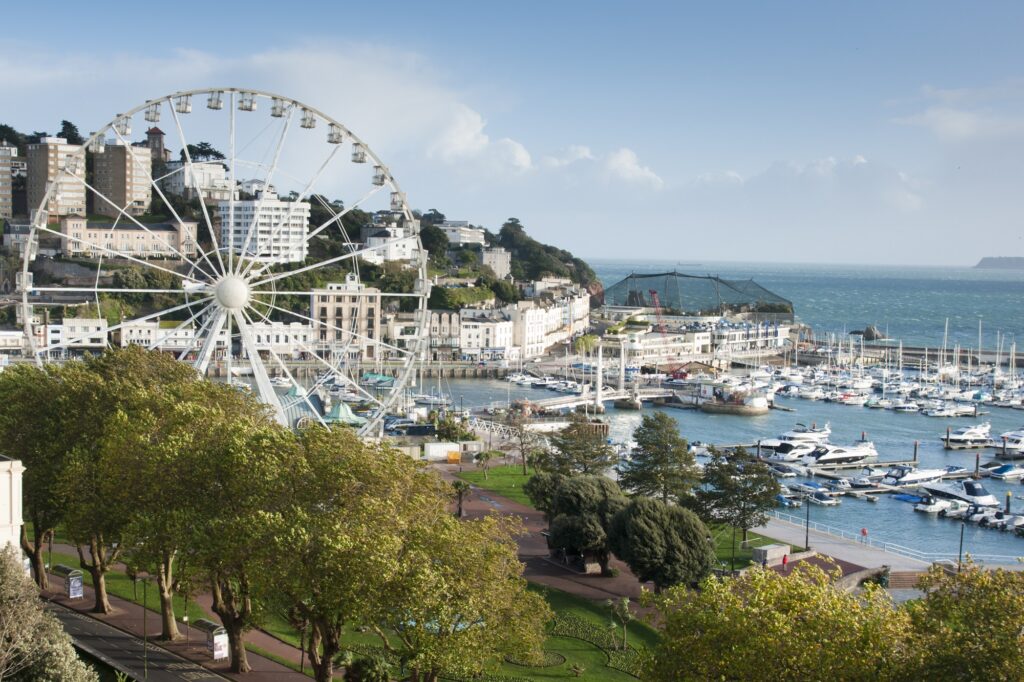 Torquay, a seaside town in Devon, is the birthplace of Agatha Christie and hosts an international festival every year featuring her works!

The writings of British author Agatha Christie are admired throughout the world – she is commonly referred to as the “Queen of Mystery” for her mastery of suspense and plot development, and she regularly features in lists of the greatest English writers of all time. Another reason why Christie is so admired is her vivid usage of setting in her novels. Christie’s own life provided much of the inspiration behind the famed locales of her novels, and crime novel fans have followed in her footsteps in traveling to many of these sites. If you’re a Christie fan, you too can relive your favorite moments from your favorite novels! Here are four destinations that need to be on your bucket list!

A seemingly unassuming seaside town in Devon, Torquay was Agatha Christie’s birthplace and should be the first stop for all Christie fans. The Agatha Christie Mile is a self-guided tour that will take you to 11 key locations from her life. Check out the Torquay Museum, which hosts manuscripts and other various pieces from Christie’s life and works. And you can even attend the International Agatha Christie Festival, which usually occurs every September at Torre Abbey.

Greenway House was Christie’s holiday home which she called “the loveliest place in the world” – fine praise for one who traveled all over the world! The estate is now a National Trust Property hosting thousands of family possessions and offers fans a glimpse into the author’s life. The area surrounding the house was used as the setting for 3 of her stories – Five Little Pigs, Ordeal by Innocence, and Dead Man’s Folly.

This strange island, accessible via a strip of land during low tide or a unique sea tractor during high tide, was the setting for Christie’s most famous novel And Then There Were None, as well as Evil Under the Sun. Check out the Burgh Island Hotel, the art deco style hotel that’s home to another of the writer’s retreats, Agatha’s Beach House.

Egypt was the setting of the Christie novels Death Comes as the End and Death on the Nile, the latter of which takes part on a luxury cruise of the Nile River. Christie was inspired by a luxury riverboat Nile cruise she took with her second husband from Aswan to Luxor, which you can replicate by journeying to the Valley of Kings. If this interests you, consider joining us on our Egypt: Valley of Kings tour!

Categories: Egypt and England | Tags: agatha christie, Egypt, england, and Torquay
This entry was posted on Wednesday, October 6th, 2021 at 10:31 am . You can follow any responses to this entry through the RSS 2.0 feed. Both comments and pings are currently closed.