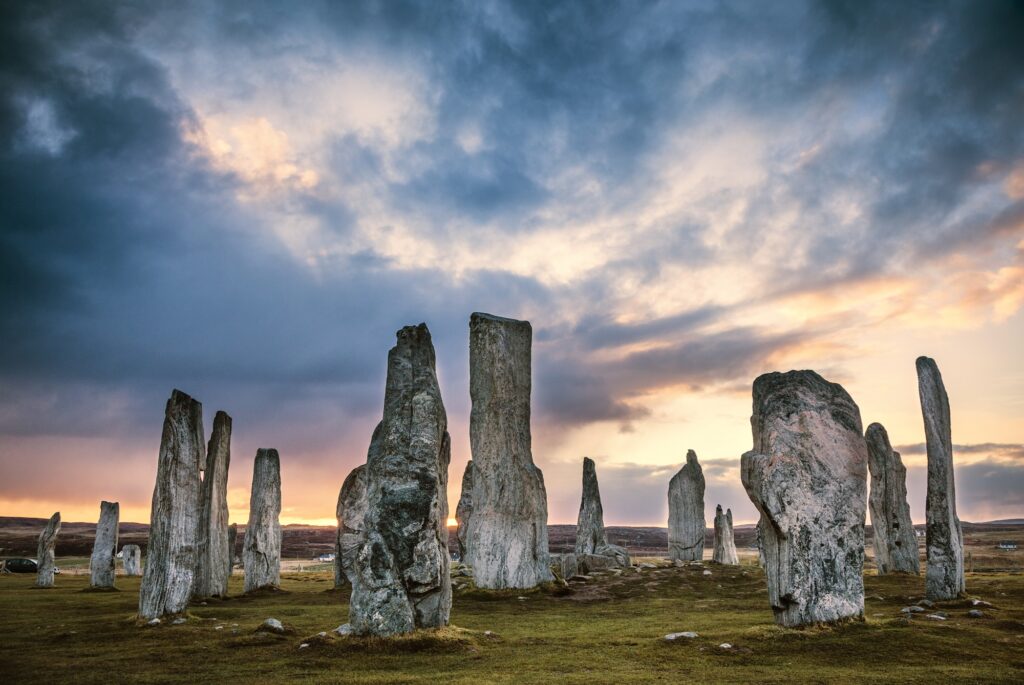 Stone circles, such as Callanish in Scotland, are mysterious structures that served the ancient peoples of Britain, Ireland, and Brittany – and were likely appropriated by the Celtic druids upon their arrival.

Throughout Europe, but especially in the UK and Ireland, mysterious stone circles of various sizes can be found. Many of these can be traced back to the origins and practices of the druids which were prominent in the Celtic world throughout its history – although the most famous example of a stone circle, Stonehenge, predates the known origin of Celtic peoples in Britain. What were these stone circles used for, and how do they relate to the druids and their mystical practices?

No one knows for sure why exactly ancient stone circles such as Stonehenge were erected. The oldest stone circles, constructed around 7000 years ago, have been found in the southern Sahara Desert in Africa, and it’s likely that the practice of constructing these migrated north to Europe and the British Isles. Many have noted the connection of the layout and alignment of these stone circles to astronomical phenomena. It is thought that these circles were initially used as early astronomical observatories where people would be able to tell the timing of the equinoxes and solstices – these times would have been important for the pagan religious practices at the time. And while the establishment of these circles predates the establishment of Druidry in the Celtic lands, many believe that the druids ended up picking up where the ancient pagans left off.

The druids were one of the most important social classes in Celtic society and have been mentioned in works such as Julius Caesar’s commentary on the war in Gaul. They acted as philosophers, religious leaders, judges, keepers of history and myth, healers, and much more. Interest in druids and their traditions intensified during the 1600s as many scholars began noticing and writing about the mysterious monuments. This led to a popular understanding that the druids built and practiced their traditions at the stone circles – even though the last stone circle had been constructed around 1400 BCE, or 900 years before the arrival of the Celts in Britain.

However, the seventeenth century also brought not just a renewed interest in Druidry from scholars and archeologists – it also led to a reclamation of the beliefs and practices of the druids from the people and a revival of their practices. The Druid Revival continues to this day as a part of a larger movement to reclaim and understand Celtic traditions in Britain, Ireland, and Brittany. Indeed, stone circles play a large role in the practice and traditions of these modern day druids – and academics continue to investigate and clarify the role that these structures played in ancient times.

Categories: England, Europe, France, and Ireland | Tags: brittany, celtic culture, england, ireland, Scotland, stone circles, and wales
This entry was posted on Wednesday, October 13th, 2021 at 10:29 am . You can follow any responses to this entry through the RSS 2.0 feed. Both comments and pings are currently closed.