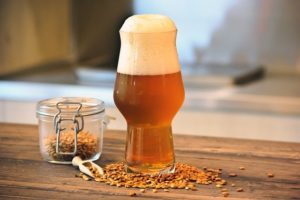 Here are a few of the oldest bars in Europe that you can experience on one of the AESU European tours!

For centuries, the local bar has been a cornerstone of communities in Europe and around the world. You might be surprised to learn that many of the original bars are not only still standing, but they continue to be open for service today. Here are a few of the oldest bars in Europe that you can experience on one of the AESU European tours!

Located in a building that’s estimated to be close to a century old, the White Hart in London may have existed in some versions as early as 1216. At that time, the White Hart was located just outside of the city, which made it a popular place for infamous thieves and highwaymen such as Richard Turpin and Honest Jack Sheppard. Visiting this building today, you will find a beautiful Victorian-style building on the street corner with a sign above it that boasts “The oldest licensed premises in London.”

This bar was founded in 1589 by Wilhelm V, the Duke of Bavaria, as the royal brewery. In fact, the word Hofbräu means “royal brewery.” Of course, today the brewery is owned by the state, but one key part of history that remained is the beer inspired by the classic recipe, which follows the rules of the Bavarian Beer Purity Law. Over the years, Staatliches Hofbräuhaus was converted from a brewery to a beer hall, and it became a sought-after destination for many notable figures from John F. Kennedy to Mozart.

Some debate surrounds the actual age of the Brazen Head, which is purported to be Ireland’s oldest pub. It could have been around during the 12th century as a coach house, but because no one can confirm the remains of the original building, the Brazen Head is more likely to have come about between the 17th and 18th centuries. Either way, this quaint lantern-lit establishment has been a favorite spot of famous writers Jonathan Swift and James Joyce, and tourists today can enjoy live music and a choice from a variety of traditional Irish dishes.

Looking to travel in 2020? Experience an exhilarating adventure on the Egypt Valley of Kings tour, Greek Island Odyssey tour, the Iceland Airwaves tours, and more!

Categories: Europe | Tags: AESU World Travel, europe, and world travel
This entry was posted on Wednesday, July 22nd, 2020 at 11:04 am . You can follow any responses to this entry through the RSS 2.0 feed. Both comments and pings are currently closed.