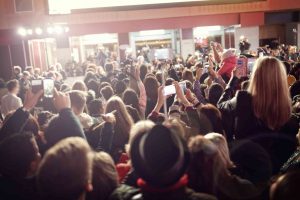 Celebrate the 70th anniversary of the International Film Festival in Cannes!

The Cannes Festival, also known as the International Film Festival, is an annual film festival held in Cannes, France that showcases new films of all genres from all around the world. This year, the Cannes Festival celebrates its 70th anniversary! Here’s everything you need to know about Cannes 2017.

The Start of Cannes

In 1947, an international cinematographic festival called the “Festival du film de Cannes” marked the start of the Cannes Festival. The festival was inspired by a suggestion made by Jean Zay, the French Minister of National Education and Philippe Erlanger to hold an international film display in France. Sixteen countries were represented at the principal festival, with a jury made up of one representative per country.

Impact on the Film Industry

Festivals such as the Venice Film Festival and Cannes Film Festival give each country the chance to showcase their artistic image and propagate film as an internationally recognized art form. The invite-only festival is an opportunity for budding new artists to gain acclaim, and for celebrated filmmakers to pursue new ideas and styles.

This year’s festival is scheduled to be held from May 17 to May 28. The Spanish film director and screenwriter, Pedro Almodovar, will preside as the President of the Jury and actress Monica Bellucci will host the opening and closing ceremonies. This year, the film lineup includes 49 films from 29 countries.

Titans of the industry will be throwing their name in for the coveted Palme d’Or prize including Sofia Coppola, Noah Baumbach, Todd Haynes, Michael Haneke, and Michel Hazanavicius. The festival will even feature television shows, though they will not be part of the competition. The second season of “Top of the Lake” by Jane Campion and a few episodes of David Lynch’s “Twin Peaks” revival series will also be previewed.

Categories: France | Tags: Cannes Film Festival, Cannes France, International Film Festival, and Travel Blog
This entry was posted on Wednesday, May 10th, 2017 at 11:33 am . You can follow any responses to this entry through the RSS 2.0 feed. Both comments and pings are currently closed.