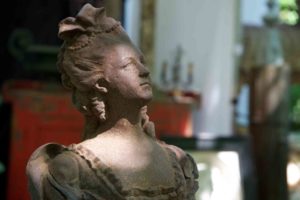 Even hundreds of years after her death, Marie Antoinette continues to fascinate both scholars and the public worldwide.

Marie Antoinette’s execution, carried out on October 16, 1793, was, in many respects, the climax of the French Revolution that shook Europe and would lead directly to the Napoleonic era of French and European history. While there are several key figures around the revolutionary period that have captured the public imagination beyond French borders, such as Napoleon himself, Robespierre, and the Jacobins, Marie Antoinette and her fate are perhaps most widely known. As the anniversary of her execution falls this week, let’s take a closer look at one of the most controversial royals in world history.

Birth and Betrothal to Louis XVI

Marie Antoinette was born Maria Antonia Josepha Johanna on November 2, 1755, the youngest daughter of Emperor Francis I and Empress Maria Theresa of Austria. The royal family of Austria betrothed their daughter to the future king of France, Louis XVI, as a means to mend ties between the two empires, though the French general public regarded Marie with suspicion at first. Regardless, the move was hoped to symbolize a new relationship between the Bourbons and the Habsburgs, and when the unpopular Louis XV died in 1774, the young Louis XVI and Marie became the rulers of the kingdom.

Louis XVI was known to have been smitten by his wife and allowed her to take on active roles in the royal court which were never afforded to previous queens. Marie was a lover of the arts and refined in her tastes. She put on lavish balls at the Palace of Versailles, supported musicians such as Grétry, Gluck, and Sacchini, and could even sing well. She was knowledgeable of the latest fashions sweeping the French capital and was somewhat of an inveterate gambler, enjoying billiards and cards.

As mentioned above, at the time of Marie Antoinette’s betrothal to the future Louis XVI, public opinion was initially wary of “The Austrian” due to tensions between the Kingdom of France and the Austrian Empire. As time went on, the public grew to like Marie for a time, but her political work and lavish lifestyle led her to gradually become the subject of ire and scorn amongst the public. While the phrase “let them eat cake” is often attributed to Marie Antoinette as a symbol of her callousness towards the plight and suffering of the French commonfolk, there is no evidence that she ever uttered it.

By the time the Revolution broke out in earnest, the Queen was despised by the vast majority of the French public. Her own opinion of the Revolution was ambiguous – at times wishing to flee France, at others hoping to reconcile with the revolutionaries, she was eventually arrested and imprisoned in the Temple in August 1792. Louis XVI was tried and convicted of treason by the Convention of the First French Republic, by a majority of one vote, and executed via guillotine on January 21, 1793. The fate of the former queen was hotly debated by the Republicans – some advocated exile, others sought her execution. Tried by the Revolutionary Council on the 14th of October, she and her lawyers were given less than a day to prepare her defense.

On the morning of the 16th, Marie Antoinette was found guilty of three charges – high treason, depletion of the national treasury, and conspiracy against the state, and was guillotined shortly after noon the same day. The remains were buried initially in the churchyard of La Madeleine in the 8th arrondissement of Paris, but during the Bourbon Restoration, they were transferred to the Basilica of Saint-Denis where nearly all of the former French royals are buried.

**For more information on the life of Marie Antoinette, visit the official website of the Palace of Versailles here**

Categories: France | Tags: france, French Revolution, and Marie Antoinette
This entry was posted on Wednesday, October 14th, 2020 at 10:12 am . You can follow any responses to this entry through the RSS 2.0 feed. Both comments and pings are currently closed.