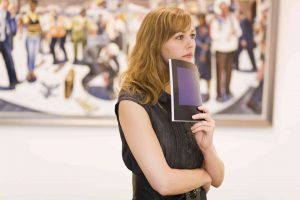 Spend a day in the Picasso Museum in Paris!

After a five-year closure and a complete renovation, the Picasso Museum is open in Paris once again. The gallery boasts one of the largest collections of Picasso works in the world with 40 rooms and over 5,000 works on display. It may not be as famous as its sister museum in Barcelona, but the newly revamped space has quickly become a popular destination for tourists and locals alike. Spend an hour, or four, viewing original paintings, drawings, sculptures, and even handwritten notes by the Father of Cubism.

When a 19-year-old Picasso first visited Paris in 1900, he was immediately torn between two cities. He lived in poverty, slept through his days, and spent each night vigorously painting images and characters he had seen on the city streets. The artist’s struggle is characterized in a series of works known as the Blue Period, which visitors can view at the Museum Picasso. After living in Paris for several years, Picasso developed cubism with fellow painter, Georges Braque. The pair created similar works with emphasis on deep color and exaggerated shape.

The Picasso Museum is located in the Hotel Salé in rue de Thorigny, in the Marais district of Paris. The building that houses the collection was built between 1656 and 1659 for Pierre Subert, a tax farmer who became rich collecting the salt tax. The building is also known as the “Hotel Particulier” as it’s known for its interesting interior design.

With more than 400 permanent artworks in the Picasso Museum, a visitor can easily spend the entire day roaming the many rooms of the Hotel Salé. If you don’t have the entire day then it helps to know where to start. Begin on the first floor and work your way up to the fourth. Take a moment to appreciate the interesting architecture of the building itself, and don’t miss the loft life attic with exposed beams and view of the surrounding city.

Categories: France | Tags: Picasso Museum, Travel Blog, and Visit Paris
This entry was posted on Wednesday, July 19th, 2017 at 3:20 pm . You can follow any responses to this entry through the RSS 2.0 feed. Responses are currently closed, but you can trackback from your own site.