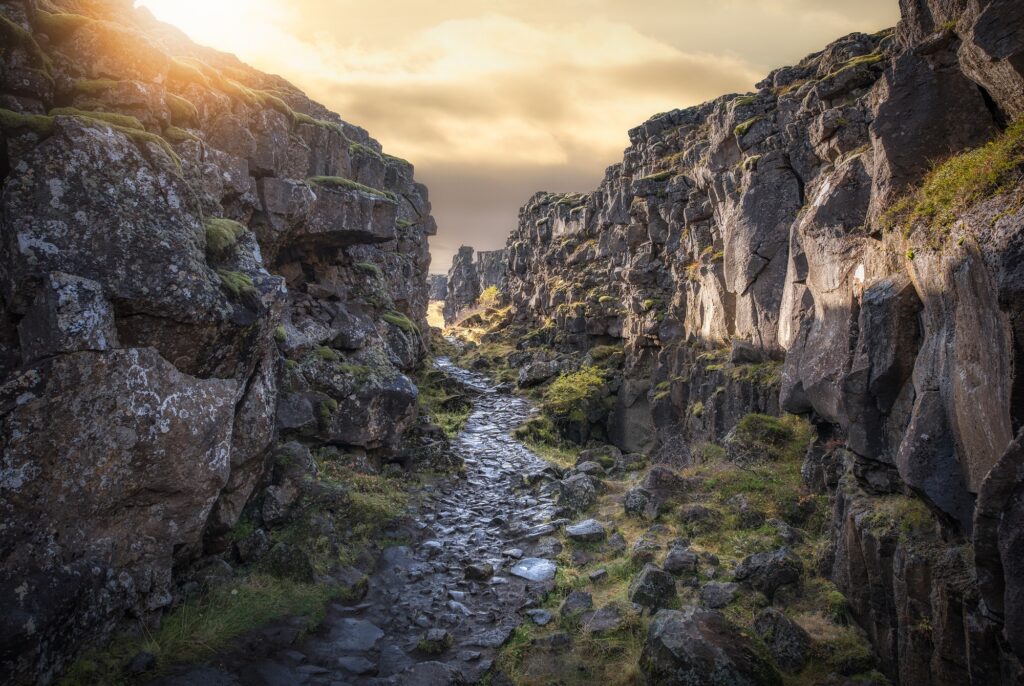 Straddling the North American and Eurasian tectonic plates, Thingvellir National Park was once the home of Iceland’s parliament and is a symbol of the nation.

Iceland is full of natural beauty within easy access of its capital city, Reykjavík. With waterfalls, geysers, natural volcanic hot springs, and much more, it’s no wonder why millions of tourists soak up the beauty of nature in Iceland every year. One of the most famous places in Iceland is the Thingvellir National Park, where Icelandic history, culture, and geology combine to create a site quite unlike anywhere else in the world. Let’s take a closer look at the history and importance of Thingvellir National Park and why it has become one of the most popular tourist destinations in Iceland.

The Historical Meeting Place of the Icelandic Parliament

Icelandic history begins with the arrival of Ingólfur Arnarson and others fleeing from the newly united Kingdom of Norway in 874 CE and later. Many of these peoples came with a common cause, but little else in common otherwise, with several disparate clans forming on the island. Violence was a constant during the early days, and so there was a push for a general assembly where clans could settle their differences. Thingvellir, a piece of private land made public by law (because the owner was convicted of murder!), became that place, and the first general assembly of Icelandic chieftains occurred in 930 CE. This institution, known as the Althingi, has continued to exist almost continuously to this day, although it was moved to Reykjavík proper in 1844.

Thingvellir National Park is also where the continents of North America and Europe meet, geologically speaking. The area is divided by the Mid-Atlantic rift that separates the North American tectonic plate and the Eurasian tectonic plate. In fact, Iceland is the only place in the world where this rift is above sea-level, and Thingvellir is the best place to see the edges of both tectonic plates.

When you enter Thingvellir from Reykjavík, you descend down a steep cliff into a valley – the face of this cliff is the edge of the North American plate. As you continue driving the park, you will eventually come across a steep ascent – this is the edge of the Eurasian plate.

Aside from the historical and geological attractions, there are a number of other reasons to spend some time at Thingvellir!

Categories: Iceland | Tags: Iceland, Nature, nature tourism, and Thingvellir
This entry was posted on Wednesday, September 8th, 2021 at 10:15 am . You can follow any responses to this entry through the RSS 2.0 feed. Both comments and pings are currently closed.