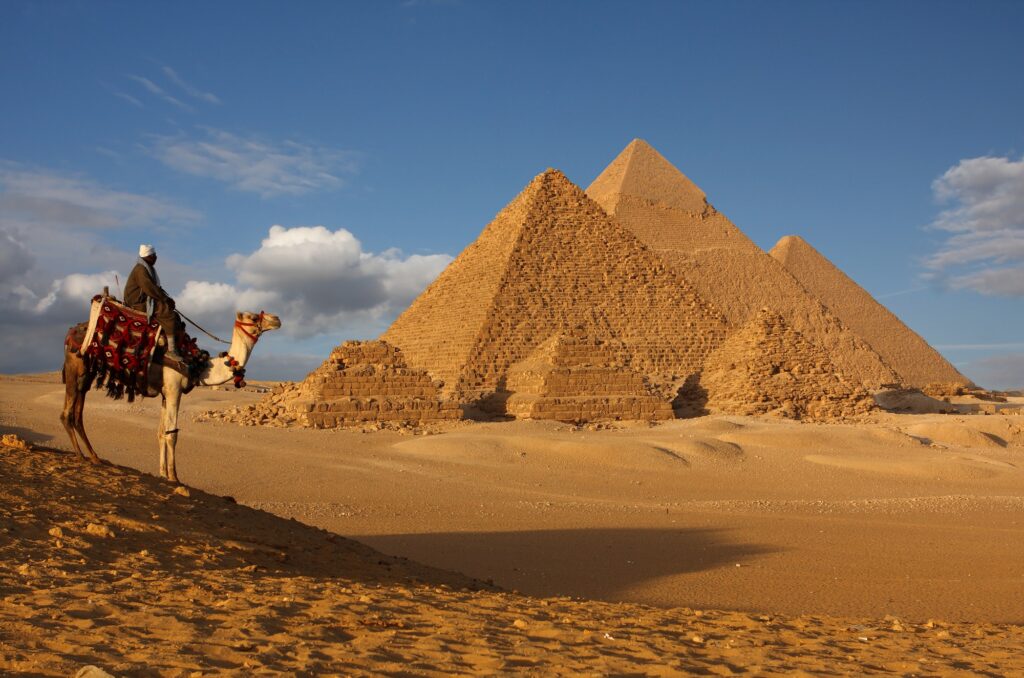 Egypt has borne witness to thousands of years of history – the Pyramids are just one reason why it’s a must-see destination!

Of all the civilizations that have come and passed, none have captivated hearts and minds in the West quite like Ancient Egypt. Consider that, by the time that Julius Caesar was wooing Cleopatra, the Great Pyramids in Giza were already around 2500 years old – longer than the amount of time separating us from the end of the Roman Republic! Many of us dream of seeing the Sphinx, the Luxor Temple, and all the wonderful artifacts that have come down to us through the ages. Egypt should definitely be on your travel bucket list! Here are some reasons why.

A Focal Point of History

Egypt was one of the first places in world history to birth a great civilization. And once that great civilization, already nearly 3000 years old, had been conquered by the Persian Empire in the 500s BCE, it became one of the great focal points of Western history. Conquering Egypt in 332 BCE, Alexander the Great established a governmental structure that would persist for hundreds of years in the form of the Ptolemaic Dynasty. In addition, he created a capital city, Alexandria, that arguably became the world’s most important city for the accumulation of knowledge with the construction of the Great Library. Egypt then became the most important province of the Late Roman Republic and Roman Empire, and the tawdry gossip about Julius Caesar, Cleopatra, and Mark Antony was on the lips of every Roman during the time. This history, spanning almost 4000 years to the fall of Constantinople, can all be seen and explored in Egypt today.

The Allure of Art and Architecture

Part of the allure of Egypt is the art, iconography, and architecture – and the mysteries surrounding the meaning of them. We have some idea of the nature and purpose of things like the Pyramids and the various temples dotting the Nile. But archeologists have been puzzling over artifacts from Ancient Egypt for centuries because of the relative scarcity of written records about its history. The Rosetta Stone, discovered by a French army officer during the Napoleonic campaigns in Egypt in 1799 CE, provided scholars with a key to decipher texts written in hieroglyphics. However, despite the sheer length of time that ancient Egyptian artifacts and culture have been analyzed and studied, archeologists continue to make new discoveries even in modern times.

For much of its history, Egypt and its people were nourished and strengthened by the Nile River. Many cities, as well as temples and pyramids, were built up along the banks that stretch for over 4000 miles. To truly see Egypt, one must see the Nile and the cultural offerings it brought forth out of the annual floods. Luckily for modern travelers, it’s easier than ever before to do just that with the various Nile River cruises offered in Egypt! Why not have your own Nile cruise experience with AESU? Book today!

Categories: Egypt | Tags: Egypt, History, and Nile River
This entry was posted on Wednesday, January 19th, 2022 at 10:29 am . You can follow any responses to this entry through the RSS 2.0 feed. Both comments and pings are currently closed.