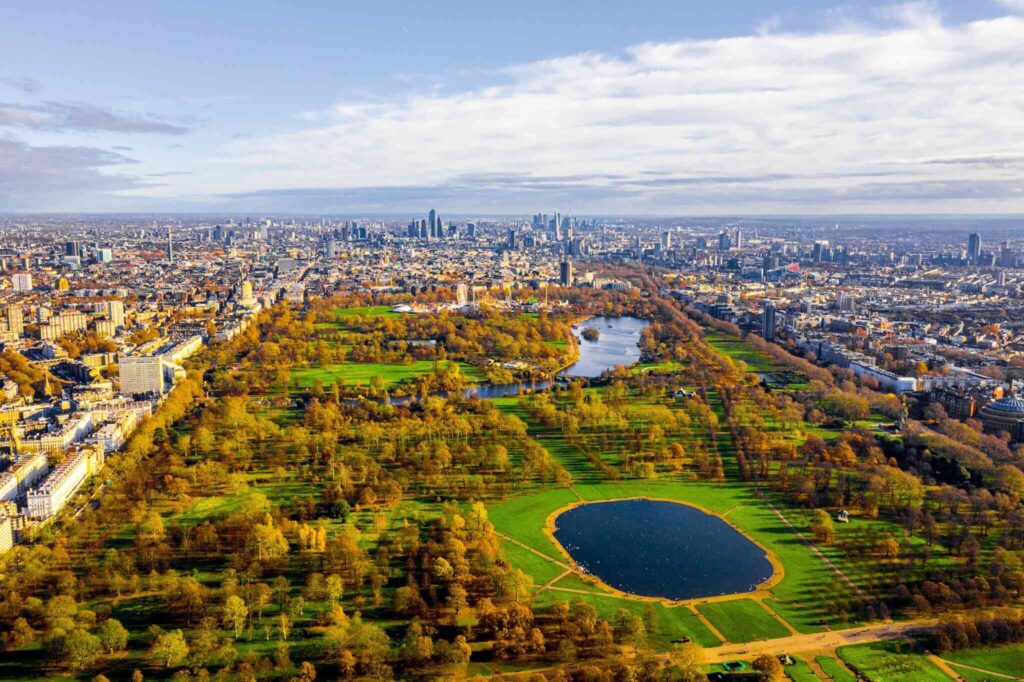 With tons of green space and some of the best parks of any city in the world, London definitely needs to be on your travel list if you like exploring city parks!

If you like green spaces, London is the city for you! It is estimated that if you went for a walk in London, you would be under the cover of a tree every five steps or so. In fact, London is so heavily wooded it could technically be considered a forest, per some UN measures! It should come as no surprise that London has some of the best parks to be found in any city, so make sure to set aside some time during your visit to take a walk in some of them. Here are some of our favorites that you should explore.

Located right next to the majesty of Buckingham Palace, St. James’s Park is one of the most famous parks in London. This park is particularly beloved by English bird watchers – many different kinds of birds like to congregate in the large lake and two islands right in the middle of the park. With its prime location, it shouldn’t be difficult to spend some time with the birds here in-between sightseeing.

The largest of the four royal parks in London, Hyde Park is most well-known for the various bands and musical acts that have played open-air shows. Big names throughout history like Pink Floyd, The Rolling Stones, Elvis Costello, and much more have entertained thousands of fans at Hyde Park. When there isn’t a big show planned, Londoners can enjoy the wide-open green space of the park and the other smaller events that happen from time to time here.

For a taste of Eastern garden design, head to Holland Park in Kensington. This park features two Japanese gardens on its grounds – Kyoto Garden, which opened in 1991, and the Fukushima Memorial Garden, dedicated in 2012. Even with no prior knowledge of garden design, it’s easy to appreciate the sublime beauty of the gardens here. Compare the greenery here with the nearby Dutch-style gardens near the old Jacobean Holland House!

Categories: England | Tags: city green, London, and parks
This entry was posted on Wednesday, January 26th, 2022 at 10:28 am . You can follow any responses to this entry through the RSS 2.0 feed. Both comments and pings are currently closed.