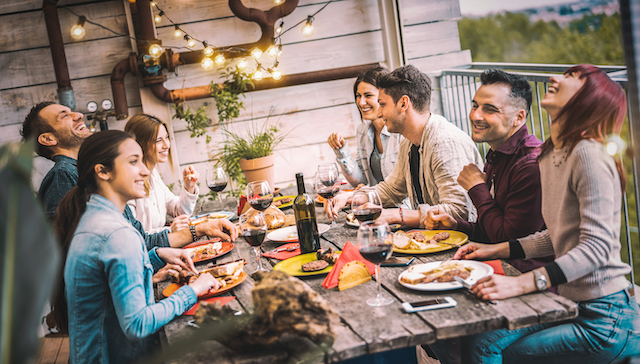 Only relatively recently has the crepe become a culinary mainstay around the rest of the world!

Nearly every culture seems to lay a claim on the invention of some kind of pancake, a meal made from a liquid batter that is cooked on a hot surface. But none can quite claim the same level of fame as France’s crepe. This thin, rolled pancake with fillings and/or toppings has been a popular food in the French-speaking world for at least seven centuries. But only relatively recently has the crepe become a culinary mainstay around the rest of the world! Let’s take a quick look at the history of the delicious crepe!

Product of a Happy Accident?

In France, there is an urban legend regarding the birth of the crepe. According to the legend, a housewife in the Brittany region accidentally spilled buckwheat porridge onto a flat cooking stone in the 13th century CE. She discovered that this created a thin, delicious pancake, and this spread from here to the whole of France. The legend does have some merit – savory crepes, even today, are typically made from a buckwheat flour batter mix, and buckwheat does thrive in the typically wet climate of Brittany in France’s Northwest.

Some scholars, however, point all the way back to 472 CE as the actual birth of the French crepe. On the Christian celebration of Candlemas on February 2nd, it is said that flat pancakes known in Latin as crispus were given to French pilgrims visiting Rome by the Pope. This explains too why France celebrates Le Jour des Crêpes (or, Day of Crepes) on the same day as Candlemas.

As mentioned above, nearly every culture has their own pancake that they claim as their own. Crepes only really began taking off outside of their home country in the latter half of the 20th century. The two most popular places for crepes and creperies outside of France have been Japan and Mexico. In Mexico, crepes were actually introduced earlier on in the 19th century and have been typically filled with a sweet dessert. However, a savory form filled with a dish known as Huitlacoche also exists and is considered a Mexican delicacy.

Japan began its love affair with crepes in the 1970s when creperies were opened in Harajuku, Tokyo; a youthful and fashion-obsessed district of the city. Japanese crepes are often served with ice cream, whipped cream, fruit, and much more. Even today, you can still sample sweet, tasty crepes while admiring the wild fashions of the streets of Harajuku.

Categories: France | Tags: crepe, crepes, and france
This entry was posted on Wednesday, June 29th, 2022 at 11:04 am . You can follow any responses to this entry through the RSS 2.0 feed. Both comments and pings are currently closed.