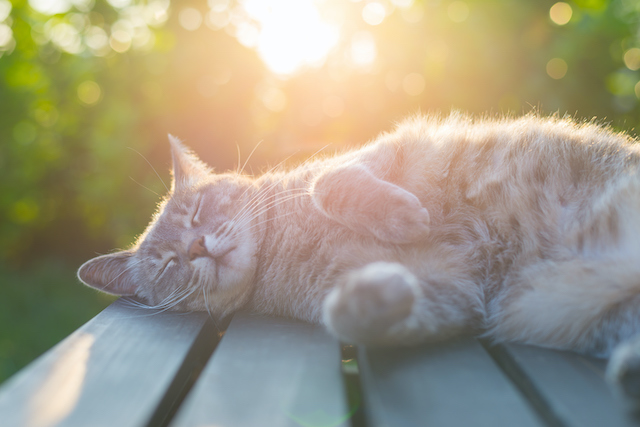 If you’re a lover of cats, Rome might be the perfect place to plan your next travel adventure!

The she-wolf is the official animal symbol of the city of Rome. This symbol dates all the way back to the founding of Rome – the brothers Romulus and Remus were said to have been raised by a she-wolf and the Romans have taken this as their symbol ever since. However, a visitor to Rome these days might leave with an entirely different perception – the street cat seems to be ubiquitous in the city. Not only are there “cat colonies” where stray cats live, but cats also have legal freedoms and protections unheard of in other cities around the world. If you’re a lover of cats, Rome might be the perfect place to plan your next travel adventure!

Protecting cats has been a Roman tradition since the days of the ancient Roman Republic. They were considered sacred to the goddess Diana and were kept not only as companions, but as a way to control the pest population as the city grew. Cats were granted legal protections under Roman law as early as the first century CE – likely due to the influence of Egyptian culture after the annexation of Egypt by the emperor Caesar Augustus. In modern times, the city of Rome passed Law 281 which defined legal protection for cats and set out punishments for violations of this law. The law states that:

The Romans also have areas in the city which are legally designated as “cat colonies”. This word refers to an area where two or more cats live regularly and who live under the care of a gattara, or “cat lady”. The gattara is often not a professional veterinarian or anything, but simply takes it upon themselves to look after the health and wellbeing of the cats living in the cat colony, often supported by others in the neighborhood and local vets. It’s a quintessentially Roman tradition that has kept going for generations.

If you want to see the cat colonies of Rome on your next trip to the Eternal City, there are a few that cater to tourists. Here are some of the best to check out:

Categories: Italy | Tags: cat, cats, and rome
This entry was posted on Wednesday, March 2nd, 2022 at 11:08 am . You can follow any responses to this entry through the RSS 2.0 feed. Both comments and pings are currently closed.