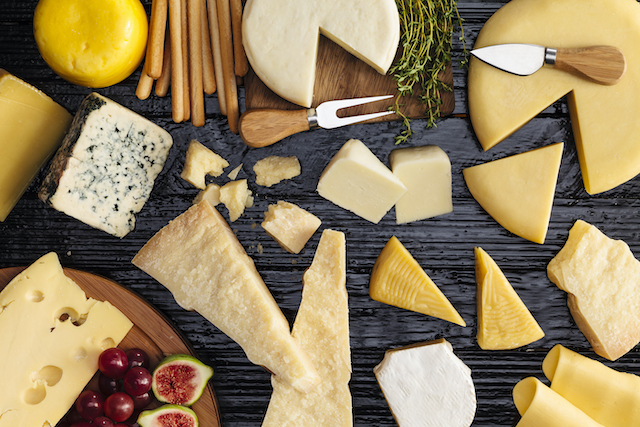 It’s safe to call Europe the center of the world when it comes to cheeses!

Cheese making is as old as civilization itself – evidence of the process has been found in the artwork on ancient Egyptian tombs. And no region has perfected the art of making great cheese quite as well as Europe. The Romans arguably perfected the process through their extensive documentation and trial and error. Most of the rest of the world didn’t even know how to make cheese – the food was introduced to America, the Middle East, and Asia during the age of exploration by European explorers and settlers. It’s safe to call Europe the center of the world when it comes to cheese! Here are some of the most famous varieties.

Mozzarella cheese is omnipresent thanks to its usage in pizza, one of the most popular foods in the world. It’s made with whole cow’s milk and originated from the Campania region of southern Italy. The tradition of making this cheese dates all the way back to the 4th century BCE, although the first written reference to the actual name mozzarella comes from a Renaissance era cookbook. Eaten alone, it has a delicate and creamy flavor that pairs well with a light white wine, such as prosecco.

Cheddar cheese is named after the town of its origin – Cheddar in Somerset County, England. Relatively new on the cheese production scene, it was first produced in the 12th century CE. The flavor and texture of cheddar can vary depending on the length of time it is given to mature – it becomes sharper and harder the longer it matures. With a slight hazelnut flavor, this English cheese pairs nicely with another English staple – brown ale – or other beer.

Known as the “princess of cheeses”, Feta is traditionally made from non-pasteurized sheep’s milk or a mixture of sheep’s and goat’s milk. It is one of the best-known varieties of brined curd cheese which is traditionally associated with the Mediterranean region of Europe. It often pairs nicely with other Greek staples such as olives and ouzo!

Emmentaler cheese is the official name for what we would recognize as “Swiss cheese” with its characteristic holes. These holes appear during the maturation process, which must be done for a minimum of 4 months according to official guidelines. It typically has a savory, yet mild taste, and is commonly used in another Swiss delicacy – fondue!

Categories: Europe | Tags: cheese, cheeses, and europe
This entry was posted on Wednesday, February 23rd, 2022 at 11:59 am . You can follow any responses to this entry through the RSS 2.0 feed. Both comments and pings are currently closed.