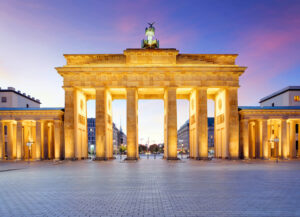 When you only have 24 hours to experience Berlin, the prospect may seem overwhelming!

Once the capital of the Kingdom of Prussia, later the biggest flashpoint of the Cold War, Berlin has seen a lot of history during its nearly 800 year existence. This makes the city one of the most visited in all of Europe. And when you only have 24 hours to experience Berlin, the prospect may seem overwhelming! There’s so much to see and do here that it may seem impossible to even scrape the surface of what makes this city so great. However, with some planning, you can experience the best that Berlin has to offer. Here’s what to see, do, and eat while in Germany’s capital city.

Most visitors to Berlin are attracted to the rich history present here. The Berliner Dom, the fourth reconstruction of Berlin’s largest cathedral, was largely restored in the aftermath of the Second World War. The Brandenburg Gate is another icon of the city that you have to see for yourself in person. It has been the scene of several historical events since its installation in the late 18th century, including President Reagan’s famous plea to Mikhail Gorbachev to “tear down this wall”.

Speaking of the wall, the Berlin Wall is still present in some places in the city – although the vast majority was torn down in those dramatic scenes during the reunification of the country. The most famous place to see the Wall would be Checkpoint Charlie – the infamous border station between East and West Germany. And don’t forget to pay your respects at the Holocaust Museum – a somber reminder of the horrors that were perpetrated by Germany during World War II.

One of the best activities to partake in while in Berlin is to bike around the city. Berlin is one of the most bike-friendly cities in Europe and there are plenty of bike tours operated throughout the city if you wish to learn more. In addition, Berlin features a collection of museums that rivals Paris and London – located on Museuminsel, or Museum Island, there are three separate museums for Greek and Roman antiquities, Greek and Roman art, and Egyptian art. The German History Museum, while not located on the island, also has a strong collection.

The signature food of Berlin, loved by practically every resident in the city, is currywurst. This is a street food served in stalls throughout the city – it features sausage dolloped with curry-flavored tomato sauce and a generous serving of curry powder, and its typically served with French fries. Many vendors even serve a meat-free version for those who are vegan or vegetarian. Find a stall to enjoy a quick lunch!

For dinner, you have a wealth of options. But we recommend having schnitzel if possible – it is a traditional German food made by pounding veal with a mixture of breadcrumbs, flour, and eggs before frying it until it is crispy. Typically served with potato salad and pickles, it goes great with either a German white wine, or a hearty German beer!

Categories: Germany | Tags: Berlin, germany, and travel
This entry was posted on Wednesday, January 11th, 2023 at 11:12 am . You can follow any responses to this entry through the RSS 2.0 feed. Both comments and pings are currently closed.