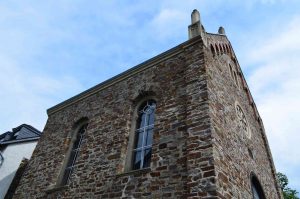 Visit the Dachau Memorial with AESU.

The first official concentration camp was established by the Nazi Government in March of 1933, shortly after Adolf Hitler had been appointed Reich Chancellor. The camp served as a model for all later concentration camps and as a “school of violence” for the Schutzstaffel who controlled it. Over the 12 years span of Dachau’s existence, 200,000 people were imprisoned and more than 41,500 of those prisoners were murdered. American troops liberated the survivors on April 29, 1945.

The Beginning of Jewish Genocide

Prisoners entering Dachau for the first time would march under an iron sign that read “Arbeit Macht Frei” a personal slogan of Theodor Eicke that translated into “work sets you free.” Eicke believed that through a combination of severe disciple, destitute living conditions, and forced labor, he could reform any “enemy of the state” and set him free to resume a useful life in Hitler’s Germany.

Contrary to Eicke’s convictions of reform and rehabilitation, thousands of prisoners were murdered during their imprisonment at Dachau. Prisoners that were deemed “unfit” were transported to the Hartheim Castle euthanasia killing center. The first 98 of a total of 2,595 victims were taken to the gas chambers on January 15, 1942. This was the start of the biggest murder operation at the biggest murder operation at the concentration camp.

This year marks the 72nd anniversary of the liberation of Dachau. A survivor by the name of Edgar Kupfer-Koberwitz wrote in his diary, “the day is over, this April 29. I will celebrate it for the rest of my life as my second birthday, as the day when I received the gift of life anew.” You can watch nine former prisoners recount their experiences here on the Dachau memorial website.

Take A Tour Of Dachau

AESU offers several trips to Germany, including Cosmopolitan, Euro Spree, Explorer, Euro Focus, and our most popular tour, Great Escape. Explore Germany, and pay your respects for the thousands of lives list during the Holocaust.

Categories: Germany | Tags: Dachau, germany, and Holocaust
This entry was posted on Wednesday, April 26th, 2017 at 2:10 pm . You can follow any responses to this entry through the RSS 2.0 feed. Both comments and pings are currently closed.