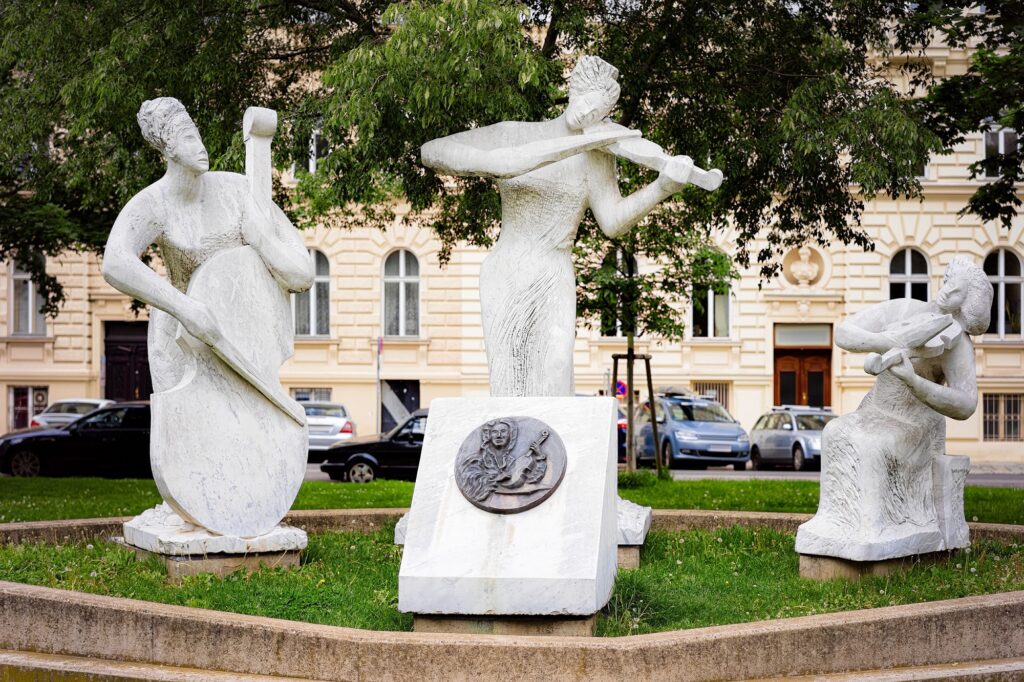 Vivaldi spent much of his life composing for the Holy Roman Emperor in Vienna, where this monument honoring him was later erected.

Born on March 4th, 1678, Antonio Lucio Vivaldi was one of Western classical music’s most influential composers. Although originally ordained as a priest, Vivaldi ended up following his childhood passion for music to compose hundreds of works – the most famous of which, The Four Seasons, was also one of the first examples of program music (music with a narrative) in history. Let’s take a closer look at this celebrated legend of the late Baroque period of classical music!

From Musician to Priest and Back Again

Antonio Vivaldi was primarily trained as a violinist by his father, who was admitted as a violinist in the orchestra of San Marco Basilica in Venice, Italy. Vivaldi ended up training for the priesthood and was ordained in 1703. He was known for his distinctive red hair, which led to a nickname – Il Prete Rosso, or “The Red Priest”. During his religious training, he never gave up on his childhood passion for music and was appointed the violin master of the Ospedale della Pietá in the same year as his ordination. He would retain a strong association with this home on and off until his death.

Shortly after ordination, Vivaldi had to give up saying Mass due to a chronic illness that scholars believe was bronchial asthma. However, throughout his life, he would be known for an almost fanatical zeal for Christianity that some have even described as bigotry! Regardless, it was around this time that his first compositions – a collection of trio sonatas and violin sonatas – were published. But his masterpiece and most well-known composition, The Four Seasons, would be written almost a decade later from 1717 to 1721.

Vivaldi had fans and prominent patrons for most of his working life. He composed a cantata, Gloria e Imeneo specifically for the wedding of King Louis XV of France, and the Holy Roman Emperor Charles VI of Austria knighted Vivaldi and supported his work both publicly and privately. However, following the death of Charles VI, Vivaldi had no patron and ended up dying in poverty in Vienna on July 28th, 1748. His work, while influential to titans such as Bach, would go under the radar until scholars rediscovered his work in the early 20th century.

Categories: Austria and Italy | Tags: artist spotlight, austria, classical music, venice, and vivaldi
This entry was posted on Wednesday, March 3rd, 2021 at 10:29 am . You can follow any responses to this entry through the RSS 2.0 feed. Both comments and pings are currently closed.