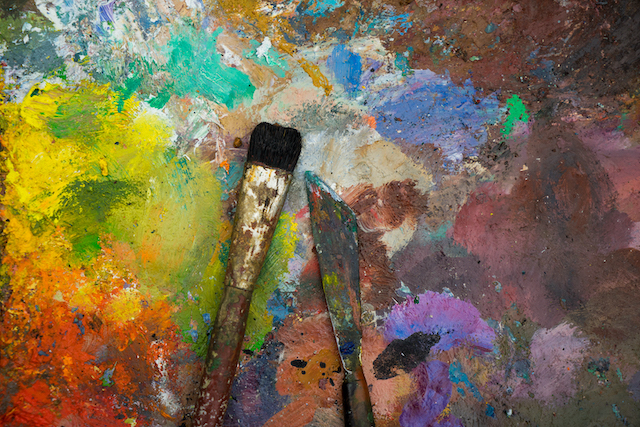 Rembrandt is one of the most well-known Dutch painters and arguably one of the greatest artists of all time.

Born on July 15th, 1606, Rembrandt is one of the most well-known Dutch painters and arguably one of the greatest artists of all time. An important part of what’s known as the Dutch Golden Age, Rembrandt painted a wide variety of subjects. He did portraits, landscapes, historical scenes, works that touched on mythological and religious themes, and much more during his lifetime. And while he was recognized for his work during his lifetime, his success as an artist contrasted sharply with personal tragedies that afflicted him and his family.

Rembrandt was born in the town of Leiden to a miller and a baker’s daughter. The ninth child of his parents, he doesn’t seem to have been raised in any particular religious faith – his father was a Protestant while his mother was Catholic. He attended a Latin school as a boy before enrolling at the University of Leiden. While here, he became interested in painting and began apprenticing with local Dutch painters. In 1631, he moved to Amsterdam and started his career in portrait making. He married in 1634 and moved into a newly built home in 1639 (later becoming the Rembrandt House Museum).

During this time, a number of personal tragedies struck Rembrandt and his family. The monthly mortgage on his newly built home caused him financial difficulties despite his artistic success. He and his wife Saskia would have 4 children – but the first three children died as infants, and Saskia herself would pass away after giving birth to the fourth child, Titus. Scenes Rembrandt drew of his wife on her death bed would become some of the most famous in his oeuvre.

Rembrandt would have other lovers during the rest of his life, even having a child with one. And although he was successful in his day, he lived beyond his means and would die on October 4th 1669, being buried in a pauper’s grave.

While Rembrandt never left the Netherlands, his work would at various times be influenced by foreign painters. He was known for his usage of chiaroscuro, a theatrical usage of light and shadow that was pioneered by the Italian painter Caravaggio. He was also known for the vividness of the characters he portrayed – they exhibit a liveliness that was often missing from his contemporaries. Among the most famous of his paintings are: “The Night Watch”, “Danaë”, “The Storm on the Sea of Galilee”, “Belshazzar’s Feast”, and the many self-portraits he made.

Rembrandt’s works can be found in many major world museums, including the Louvre in Paris, the Met in New York, the National Gallery in Washington D.C., and the Rijksmuseum in Amsterdam. In addition, his once newly-built Amsterdam home is the present-day location of the Rembrandt House Museum, which hosts collections of his prints and reproductions of furniture and other house items that he would’ve used in the 17th century.

Categories: Travel Tips | Tags: Dutch, Rembrandt, and travel
This entry was posted on Wednesday, July 13th, 2022 at 11:18 am . You can follow any responses to this entry through the RSS 2.0 feed. Both comments and pings are currently closed.