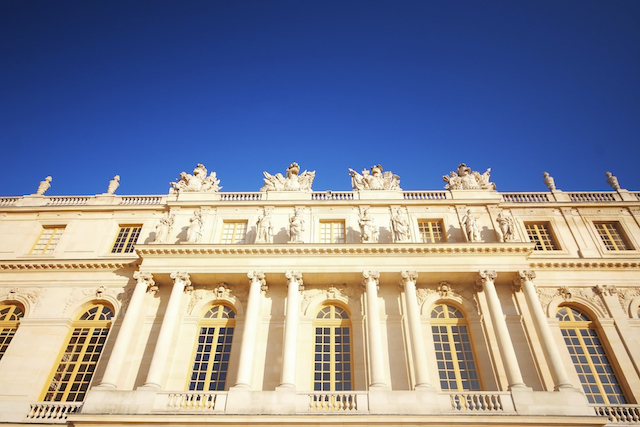 Versailles was first seen as the pinnacle of luxury, an achievement worthy of emulation by many of the royal families in Europe.

Palaces and castles are synonymous with nobility and wealth. For hundreds of years, the nobles and royals throughout Europe constructed some of the most lavish buildings ever seen. But one palace stands above all the rest – the Palace of Versailles. Versailles was first seen as the pinnacle of luxury, an achievement worthy of emulation by many of the royal families in Europe. Later it became the unenviable symbol of a monarchy out of touch with the people of France during a time of revolution. Today it stands as an opulent piece of French history that still stuns first-time visitors. Let’s take a closer look at the history of Versailles.

The man who would become King Louis XIII first visited Versailles on his first hunting trip in 1607. It was described at the time as a forest and meadows with plenty of hunting game. Louis XIII’s love for this site grew stronger as he grew older, and in 1623 he decided to build a lodge here. It was very modest, especially judging by the later design of the Palace, even after rebuilding in 1631. However, these two humble buildings laid the foundation for the site we now know and love today.

Louis XIV also took a liking for the Versailles location much as his father did, and decided to expand upon the chateau with a full-blown palace. He even designed the architecture himself! Construction of the site did not finish until well after Louis XIV’s death, but during his lifetime the palace played host to many lavish ceremonies and foreign dignitaries.

Versailles is also strongly associated with the pomp and decadence of the royal court of King Louis XVI and his wife Marie Antoinette. It remains incredible to believe that the palace emerged from the French Revolution relatively unharmed. However, a law decreed by the French government in 1793 stipulated that all former royal possessions that were not already relocated to new museums were to be auctioned off. This meant that most of the original interior of Versailles was sold off to the highest bidder. When Napoleon Bonaparte took over, he opted not to live in Versailles (well aware of the image it might create), but instead settled at the more modest Trianon.

Versailles never again housed a king or queen of France, even during the brief revival of the monarchy in the mid-1800s. Instead, the site was converted into a museum to bring in visitors, and occasionally served other roles for the national government. Notably, it hosted the negotiations for the peace treaty that ended World War I, the Treaty of Versailles, which humiliated the defeated German Empire and led indirectly to some of the causes of World War II. The Palace has also seen several restorations and expansions in recent years thanks to its benefactors. And with nearly 8 million visitors every year, Versailles is one of the most visited historical sites in the world.

Categories: France | Tags: france, Palace of Versailles, and Versailles
This entry was posted on Wednesday, September 21st, 2022 at 11:24 am . You can follow any responses to this entry through the RSS 2.0 feed. Both comments and pings are currently closed.