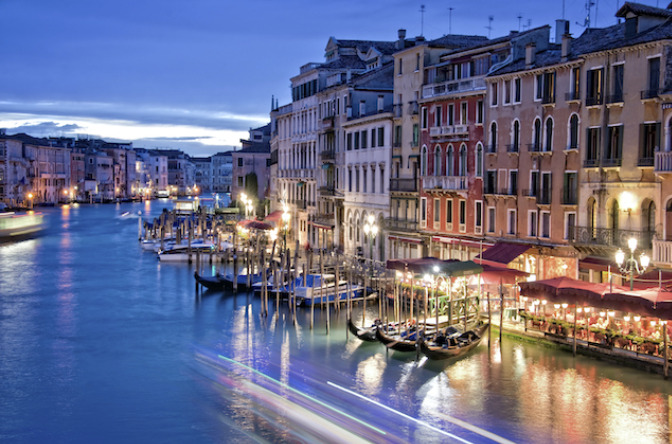 Venice is a strong producer of glassblowing, and by the Middle Ages it became the biggest industry in the city.

Glassblowing in the West originated near the start of the establishment of the Roman Empire in the 1st century BCE. Roman artisans copied techniques they learned from Syrian craftsmen where they could blow air into molten glass to make a bubble. This art, initially used to create decorative illumination in public bathhouses, spread across the Empire. Venice, in particular, became a strong producer of glassblowing, and by the Middle Ages it became the biggest industry in the city. Murano glassblowing, named after the islands where glassblowing artisans practiced their craft, has become synonymous with the city of Venice and is one of its major cultural exports.

What is Murano Glassblowing?

By the 1100s CE, Venice was established as the de facto capital of glassblowing in the West, and many of the artisans from the Near East emigrated to the city to share techniques and evolve the craft. But this period was also marked by several tragedies within the city. The most notable of these was the Great Fire of Venice in 1105. 23 neighborhoods and 23 churches were destroyed in the fire, and city officials noted the danger of having so many furnaces within city limits. In 1291, the Senate of Venice passed a law relocating the entire glassmaking industry to an island chain just off the coast of the city, Murano. By the 16th century, nearly half of the citizens of the islands were involved with the glassblowing trade, and glassblowers held a high position in Venetian society owing to the establishment of a guild.

Types and Techniques of Murano Glassblowing

Over the centuries, Venetian glassblowing artisans have developed novel techniques and ways to create beautiful art. Here are some of the types and techniques of glassblowing to look out for:

Categories: Italy | Tags: glassblowing, italy, and venice
This entry was posted on Wednesday, July 27th, 2022 at 10:54 am . You can follow any responses to this entry through the RSS 2.0 feed. Both comments and pings are currently closed.