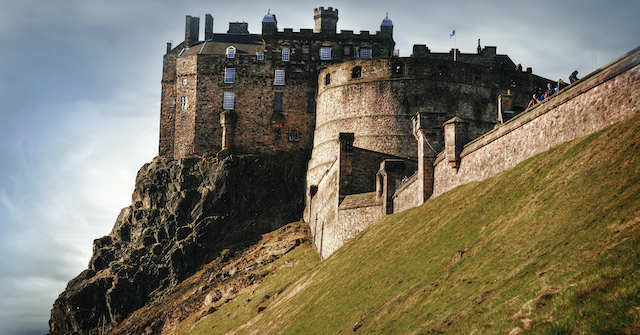 With such a bloody history, haunted sites and ghost stories are abundant in Scotland.

While horror and ghost stories can be found anywhere in the world, the Scottish people have a particular penchant for telling good ones. Scotland’s history is full of terrible scenes, and it is also the setting of one of Shakespeare’s most horrifically great plays, Macbeth. With such a bloody history, haunted sites and ghost stories are abundant in Scotland. Here are some of the best-known haunted sites to visit during your next trip to Scotland.

Edinburgh Castle dominates the skyline of this beloved and tourist-friendly city, with its construction on top of an extinct volcano. It is also one of the most visited tourist sites in Scotland and the United Kingdom proper. However, it is frequently mentioned as the most haunted site in Scotland, too – and this has been the case since the time of Oliver Cromwell. Shortly before his attack of the site in 1650, rumors were rife that the castle was haunted by former prisoners of the castle dungeon. There were even reports of a headless drummer haunting its halls. An actual sighting of the headless man was rare, but many heard the beating sound of drums coming from the battlements. This, people say, foretell danger and doom for the castle.

Golf fans will likely want to visit St. Andrews to play a round, but you should also check out the ruined cathedral here. It was built in 1158, but fell into disrepair and ruins during the Reformation days, when Scottish officials outlawed the practice of the Catholic mass. Two ghosts are said to haunt the ruins here. One is a friendly monk who has been spotted on the stairs of St. Rule’s Tower. The other, the White Lady, is a beautiful lady wearing white gloves, who is seen gliding through the grounds before vanishing into the tower. The legends state that stonemasons tasked with repairing the tower broke into a sealed chamber and encountered a number of coffins. One of them was opened, and it contained the preserved body of a woman wearing white gloves! This further cemented the Cathedral’s status as one of the must-see haunted locations in Scotland.

In Dundee, the Tay Bridge was considered a work of engineering genius when it opened in the late 1870s. However, just two years after it opened, the bridge was hit with a tremendous storm that weakened its middle section. This led to a collapse when a passenger train crossed over, killing everyone on board the train. It is said that on the anniversary of the collapse, a ghost train can be seen crossing the bridge, before suddenly disappearing at the point of the collapse! You can see the original pillars of the old Tay Bridge next to the site of the current one in Dundee.

Categories: Scotland | Tags: ghosts, Scotland, and Scottish
This entry was posted on Wednesday, October 26th, 2022 at 10:57 am . You can follow any responses to this entry through the RSS 2.0 feed. Both comments and pings are currently closed.