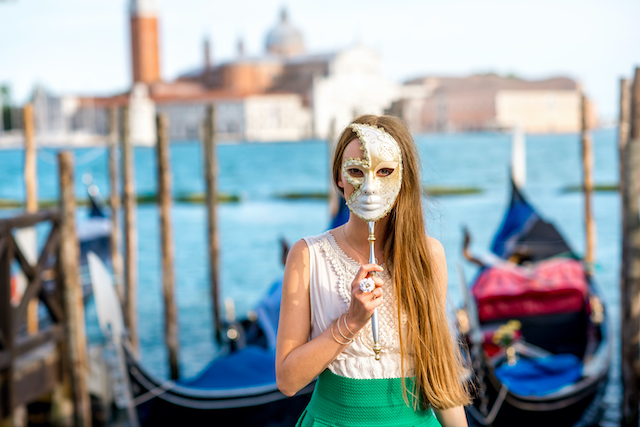 In the city of Venice, much is said about an island just off the coast that is completely uninhabited. Poveglia Island.

In the city of Venice, much is said about an island just off the coast that is completely uninhabited. Poveglia Island, a small island around half the size of Navy Pier in Chicago, was once a blossoming and integrated part of the city through the Middle Ages. A war devastated the island, however, and it became uninhabited for centuries. What happened since has led to Poveglia’s reputation as one of the most haunted places in the world – even resulting in a total ban to visitors for several years. What happened, and why does the mention of Poveglia Island spark terror in the hearts of native Venetians?

The first mention of Poveglia Island in history dates to 421 CE, when people in the surrounding area fled to the island to escape the barbarian invasions which would eventually lead to the fall of Rome. The population grew over the years and it became an important piece of a fledgling Venice. However, in 1379, Venice was attacked by a fleet from Genoa in what’s known as the war of Chioggia. The people of the island were evacuated to the mainland, but when they finally returned 2 years later, the island was completely destroyed. Only a few dozen inhabitants were able to make it home, and as the years passed by, the island became abandoned.

The next few centuries produced little for the island, and it almost became an afterthought of the flourishing city of Venice. However, in the late 18th century, a plague hit the city, killing even the head of the state, Doge Giovanni Mocenigo. The idea came about that the abandoned island should be used to house individuals infected with the plague as a quarantine measure to protect the wider populace. Unfortunately, for most of those who were sent off to Poveglia, it was quite literally a death sentence. It is thought that nearly 500 people died on the island every day, and about 160,000 died during the entirety of the plague. Men, women, and children would be forced onto boat kicking and screaming knowing that they were being sent to their deaths. It is even said that the soil of Poveglia Island is mainly comprised of the ash of the burned plague dead.

Poveglia Island was not finished with supplying horror stories, as it turned out. The authorities of Venice opened a mental hospital there in 1922. During an era where mental health and causes were not as well understood, this eventually led to inhumane experiments such as lobotomies and, some claim, even torture. A doctor was even said to have thrown himself from the bell tower where the torture occurred. In 1968, the hospital was closed down and the island was once again completely abandoned. And while there have been some visitors – mainly from paranormal TV filming crews and a few brave adventurers – the island has been off-limits ever since. While there has been some talk of redevelopment and repopulation of the island in the 21st century, nothing has materialized as of yet.

Categories: Italy | Tags: italy, Poverglia Island, and venice
This entry was posted on Wednesday, October 19th, 2022 at 1:13 pm . You can follow any responses to this entry through the RSS 2.0 feed. Both comments and pings are currently closed.