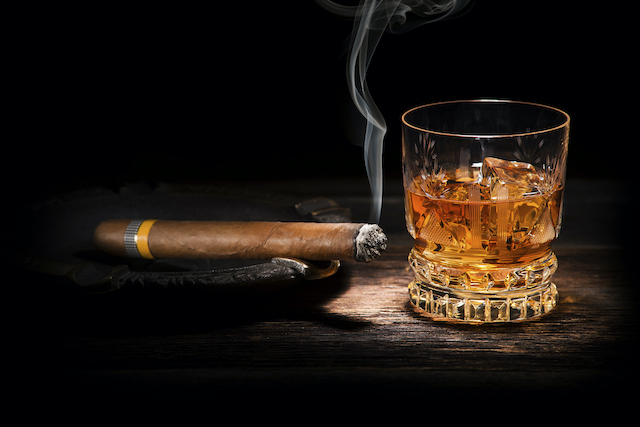 Scotch distillation is one of Scotland’s most loved contributions to Western culture, and it has had a long history.

Just as Italy, France, and the Napa Valley are havens to those who love wine, Scotland is a must-see destination for those who enjoy spirits! Scotch distillation is one of Scotland’s most loved contributions to Western culture, and it has had a long history. Today, it is estimated that 44 bottles of Scotch are exported from Scotland every second! However, the Scotch industry didn’t become so successful overnight – and there were many obstacles over the years that early distillers had to navigate. Here’s how Scotch whisky came to be one of the most popular spirits in the world.

The word “whisky” is derived from the Scots Gaelic word uisge which means water. This points also to the original Latin word for distilled spirits – aqua vitae, or “water of life”. The earliest record of distillation in Scotland is from a tax record of 1494 CE, where the Exchequer Rolls list an entry for “eight bolls of malt to Friar John Cor wherewith to make aqua vitae”. The mention of a priest making an alcoholic drink isn’t too surprising – monasteries throughout Europe pioneered the production of alcoholic beverages during the Middle Ages. From this point, the Parliament of Scotland took an interest in the apparent growth of the popularity of the spirit and introduced taxes on it for the first time in 1644.

The Growth of Illegal Production

Once taxes were introduced, the number of illicit stills producing Scotch skyrocketed, pointing to increasing demand for the drink internally. Smuggling became commonplace as Scots found more and more ways to hide their favorite alcoholic beverage from the tax collector. By the 1820s, according to the Scotch Whisky Association, more than half of the whisky consumed in Scotland was illegal, and as many as 14,000 illicit stills were being confiscated every year.

The International Growth of Scotch Whisky

In 1831, Aeneas Coffey invented the patent still that allowed for a continuous distillation process. This revolutionized Scotch production – before, the spirit was a pure Malt whisky, which was very strong and somewhat of an acquired taste. The patent still allowed for the production of grain whisky, and when this lighter whisky was mixed with the old malt whisky, it produced a drink that had much wider appeal. During this time, famed whisky producers such as Johnnie Walker, James Chivas, Tommy Dewar, and more built out the export markets and promoted Scotch throughout the British Empire and the rest of the world.

Categories: Scotland | Tags: Scotch, Scotland, and whiskey
This entry was posted on Wednesday, April 13th, 2022 at 11:11 am . You can follow any responses to this entry through the RSS 2.0 feed. Both comments and pings are currently closed.