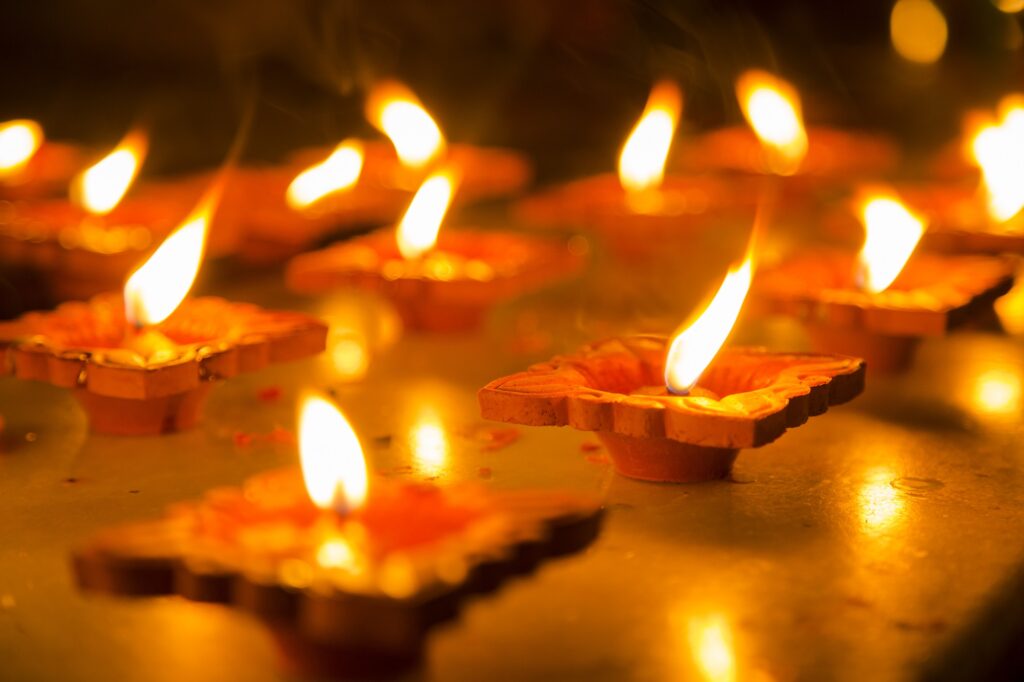 Thanksgiving is coming here in America, while other fall holidays, such as Diwali in India, have already passed.

While the Thanksgiving holiday in the Americas has its roots in celebrations that were held by the first European colonists to the new world, the modern holiday was established fairly recently in history. Proclaimed by Abraham Lincoln during the height of the Civil War, the celebration of Thanksgiving on the fourth Thursday of November started in 1941 when President Roosevelt signed a joint resolution of Congress. Canada also observes a Thanksgiving holiday, though their holiday falls on the second Monday of October. Thanksgiving is just one of many holidays throughout the year that are observed in the fall – what are some of the others?

On the fifth of November, communities all over the UK gather together to light bonfires, set off fireworks, and meet up with friends and neighbors. This is Guy Fawkes Night, also known as just Fireworks or Bonfire Night, and it is held to commemorate a failed attempt by Catholic dissidents to blow up the Parliament building and overthrow the king. An effigy of one of the dissidents, Guy Fawkes, is traditionally burned in the community bonfires. However, throughout the years he has been portrayed in a more sympathetic light than might be expected for a would-be king killer, and the “Guy Fawkes Mask” has become a rather omnipresent symbol in modern pop culture as well.

Known in Japanese as Kinro Kansha no Hi, Japan’s Labor Thanksgiving Day falls close to the American Thanksgiving holiday but has more in common with our Labor Day. On this day, Japanese schoolchildren write letters of thanks to police officers, hospital workers, firefighters, and other public servants. Japanese workers review their accomplishments for their companies over the course of the previous year and take a day of well-earned rest to spend with their families. While workers in Japan also celebrate International Labor Day on May 1st like most of the world, that day is usually spent rallying for workers’ rights with their respective trade unions.

India – Diwali (Between Mid-October and Mid-November)

For five days in the fall, India becomes a nation of light. Diwali celebrates the triumph of light over darkness and marks the traditional New Year for Indian Hindus. While the festival has Hindu origins, it is now observed and celebrated in some way by the nation’s Sikhs, Jains, and Buddhists as well. The people exchange gifts, meet with their families, purchase new clothing for the new year, and light up oil lamps, candles, lanterns, and more. It results in some of the most beautiful imagery coming out of India during this time!

Categories: AESU World Travel | Tags: fall holidays, holidays around the world, and Thanksgiving
This entry was posted on Wednesday, November 24th, 2021 at 10:30 am . You can follow any responses to this entry through the RSS 2.0 feed. Both comments and pings are currently closed.