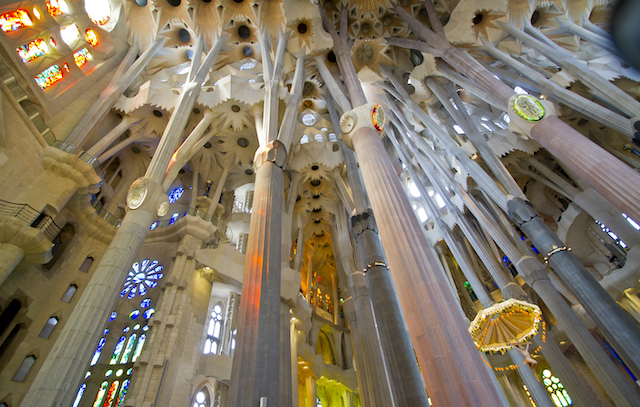 One of the best and most celebrated Gothic buildings in the world is the Cologne Cathedral.

The Gothic architectural style has captured the imaginations of many travelers to Europe. Developed and popularized during the High Middle Ages, it was typically used as a design for the construction of massive churches, cathedrals, and castles throughout the West. And while the Gothic style as a whole isn’t very popular for constructing new buildings, some of its design elements have survived – and it has even influenced some elements of popular culture. One of the best and most celebrated Gothic buildings in the world is the Cologne Cathedral. The construction of this masterpiece took over 600 years to complete, but many would agree that it was well worth the wait!

Work on Cologne Cathedral, officially known as the Cathedral Church of Saint Peter, began in 1248 CE. The building’s foundation stone was laid in this year on a site that had already been the home of several buildings – some speculate that a Roman temple once occupied the cathedral ground. The Eastern arm of the building was completed and consecrated in 1322 and a temporary wall was erected so that the builders could continue on the project later. Work restarted on the western arm in the mid 14th century, but building ceased in 1473. The south tower of the structure was left incomplete up to the belfry level and a crane was left in place. This crane became a symbol of the Cologne skyline for the next several centuries.

Although there was some work done to the cathedral here and there, the unfinished cathedral remained a symbol of the city of Cologne. In the early 19th century, the development of the European Romantic movement led to a lot of enthusiasm for old Gothic architecture. During this time, the original plans for the façade of the Cologne Cathedral were discovered, and Prussian leaders decided to commit to completing the Cathedral. While it was initially seen as a way to appease new Catholic subjects in the largely Protestant Prussian Empire, by the late 1800s the project came to symbolize the new nationhood of Germany after the unification of the separate states. The cathedral was finally completed on August 14, 1880 – over 630 years after the laying of the foundation stone – and the event was marked with a national celebration attended by Wilhelm I, emperor of the German Empire.

Categories: Germany | Tags: cathedral, Cologne Cathedral, and germany
This entry was posted on Wednesday, April 27th, 2022 at 11:22 am . You can follow any responses to this entry through the RSS 2.0 feed. Both comments and pings are currently closed.